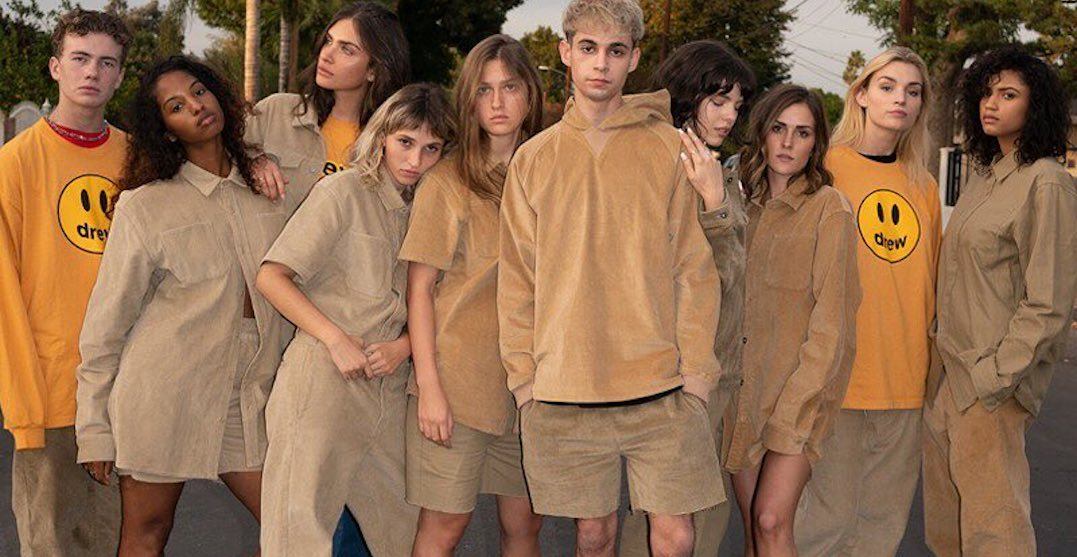 It would appear that Justin Bieber has joined the slew of Celebrities With Clothing Lines™.

Because Drew House is officially live.

Last February, Bieber filed documents to secure trademarks for the THE HOUSE OF DREW,” “LA MAISON DREW,” and “DREW,” presumed to be inspired by the Biebs’ middle name.

Which is… wait for it… Drew.

And now, nearly a year later, the doors of Drew House are finally open.

Bieber teased fans by posting a photo to Instagram on Christmas Day featuring slippers with smiley faces on them and gold chains, which he captioned with a tag of the account Drew House.

And the Drew House account is filled with those yellow grins. It’s also filled with grainy, grunge-core videos, and photos of models looking ultra cool and chill and at-ease in outfits that perfectly match the couch they’re lounging on.

Hailey (wife to the Biebs, but you already knew that) shared her excitement in an Instagram story. She posted an image of the clothing line with the text “proud wifey.” 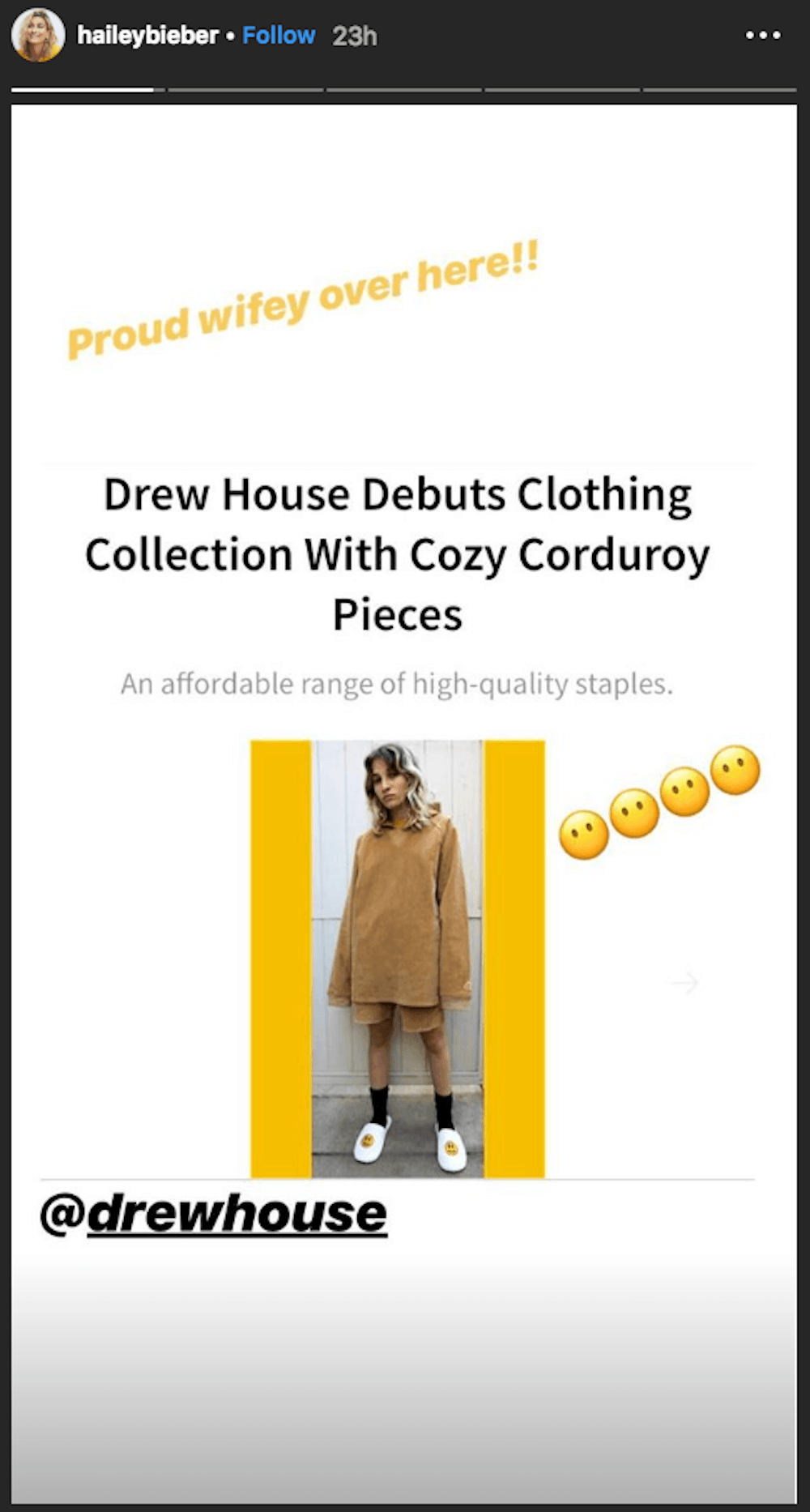 So if you’ve been looking to update your wardrobe with camel-coloured goods embossed with a smile reminiscent of a possible love-child between Nirvana and Walmart, you know where to go.