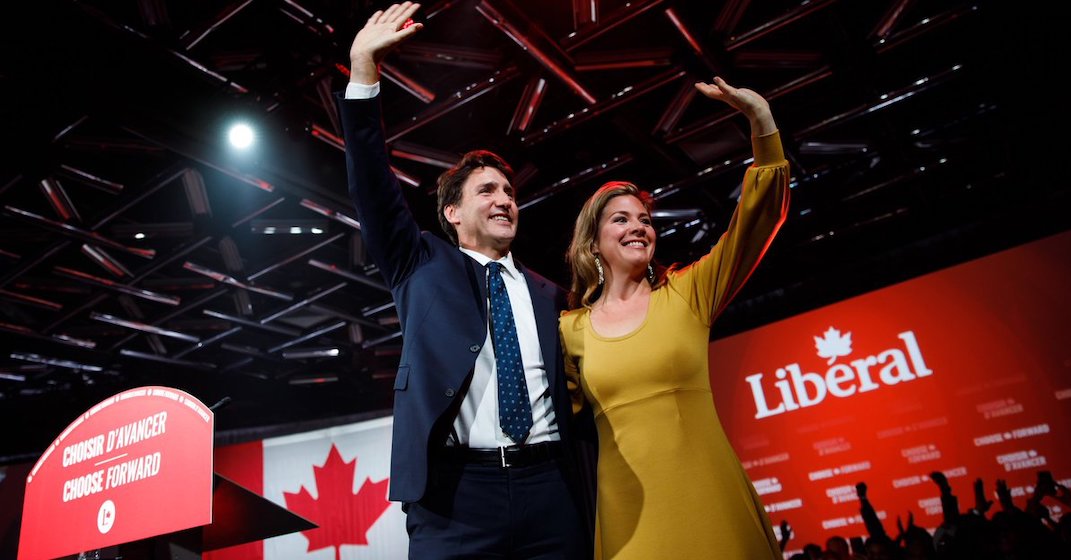 The polls have closed, the votes have been counted, and after a tight race, Justin Trudeau has been re-elected as the Prime Minister of Canada.

Trudeau remains in power after finishing the race with the most seats in government Monday evening, securing 155 of the 338 seats, despite being unable to capture the majority vote.

While Trudeau’s campaign was marred with scandal, with photo after photo of him wearing black and brownface from several years ago surfaced, winning his second term shows he managed to overcome the country’s doubts about his character.

Despite the various scandals that have followed his first term, the 47-year-old Trudeau still managed to beat Conservative rival, Andrew Scheer, but given that the Liberals only claimed a minority government, they will have to play nice with the other parties in order to hold support in the House of Commons to pass legislation.

Throughout the evening, supporters in Canada and abroad congratulated Trudeau, but there was, of course, criticism, with some alluding to the recent scandals that rocked the incumbent’s election campaign.

After the results were finalized, Canada’s election made news outside the borders. Here’s a look at some congratulatory messages from world leaders.

There is a special place in our European hearts for PM @JustinTrudeau ❤️ The EU congratulates you, Justin!

India and Canada are connected by shared values and a strong commitment to democracy as well as plurality.

Canadian society relies once more on @JustinTrudeau to keep moving forward. I celebrate the election victory of a political model that drives fair and sustainable economic growth and reduces inequality.
We will keep strengthening the ties that bond Canada and Spain.

“Hearty congratulations Prime Minister @JustinTrudeau on your re-election. Kenya welcomes your win and looks forward to continue working with your administration in strengthening bilateral ties between our two nations” – President Uhuru Kenyatta.

Congratulations to PM @JustinTrudeau on his election victory in Canada. Looking forward to continuing our strong working relationship and the partnership between Australia and Canada.