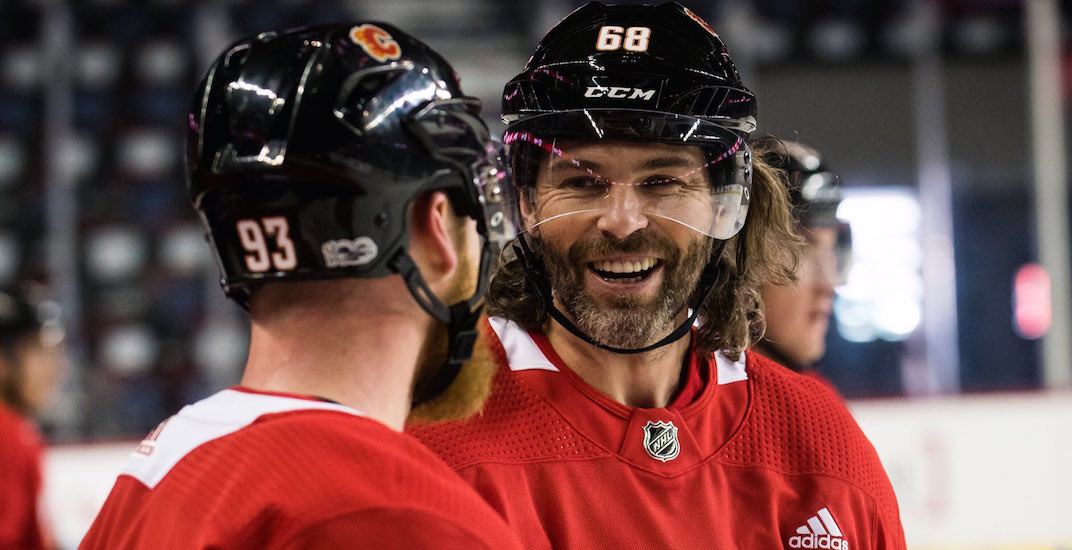 The old guy’s good to go.

Jaromir Jagr is ready to return from injury and will return to the Calgary Flames’ lineup tonight against the Vancouver Canucks at the Scotiabank Saddledome. Head coach Glen Gulutzan confirmed his return post-practice.

Jagr was a full participant at practice Tuesday morning, skating on a line with Mark Jankowski and Sam Bennett.

The 45-year-old future Hall of Famer has been out of the lineup with a lower body injury since leaving an October 21 game against the Minnesota Wild. He’s still searching for his first goal as a Flame, but has notched two assists in five games.