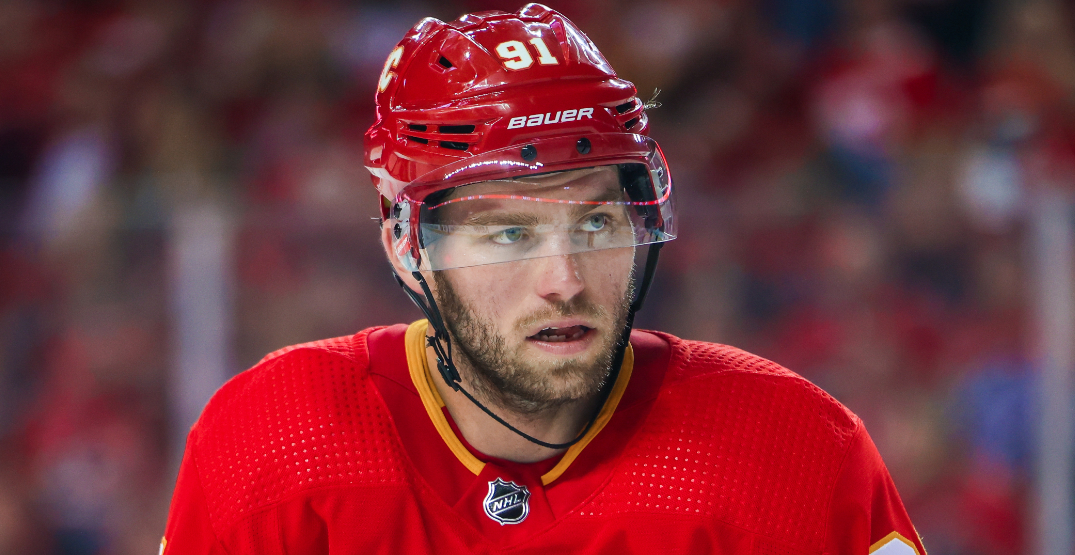 Calle Jarnkrok is staying in Canada.

But not with the Calgary Flames.

Jarnkrok, who played 17 games with the Flames after they acquired him leading into the 2022 NHL Trade Deadline, signed a four-year contract worth a total of $8.4 million to join the Toronto Maple Leafs on Friday.

The 30-year-old, who can play all three forward positions, had no goals in 17 regular-season games in Calgary but added four points (one goal, three assists) in 12 playoff games for the club. In all, he netted a combined 30 points (12 goals, 18 assists) in 66 regular season games.

Jarnkrok, who was claimed by the Seattle Kraken in the expansion draft last summer, has 241 points (106 goals, 135 assists) in 574 career NHL games between the Nashville Predators, Kraken, and Flames, and 19 points (four goals, 17 assists) in 75 career playoff games.

His signing comes one day after the Maple Leafs added two other players in free agency.