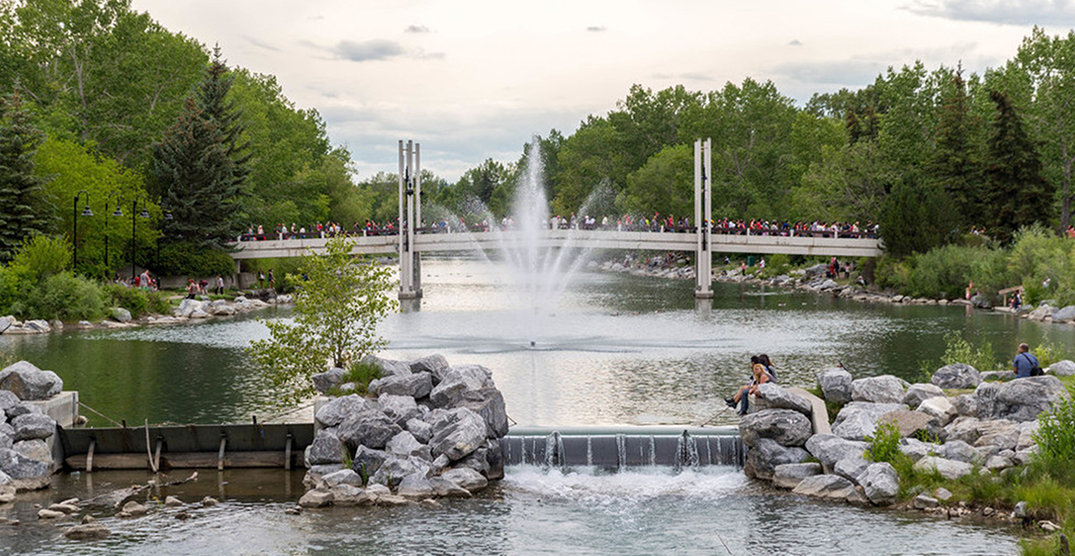 One of the primary south connections between the Eau Claire area and Prince’s Island Park has been closed by the City of Calgary on Saturday, due to questions about its safety.

Jaipur Bridge is a popular path for anyone looking to enjoy some of the beautiful outdoor scenery in Calgary — yes, even during the winter — but a notice released by the city is warning outdoor enthusiasts to plan a new route to Prince’s Island Park after today.

“A recent scheduled inspection has revealed accelerated deterioration of the bridge from water and salt,” reads the notice. The city will be bringing in a third-party engineering consultant to inspect the bridge in the coming week.

A decision on the potential reopening of the bridge to be made in January, meaning those looking to explore the area will have to use one of the other three entrances.

The Jaipur Bridge, that connects Eau Claire & Prince’s Island Park, is closed due to deterioration. 3 crossings into the park will remain open. Pls follow the #detours & thanks for your patience while we investigate. https://t.co/HDWHgxEwyz for updates #yycbike #yyctraffic pic.twitter.com/xVhVsYSMC6

The City of Calgary has plans to replace the bridge, which as stood since 1968, according to its website. Construction is expected to begin in 2020, and it is currently still in the design phase.