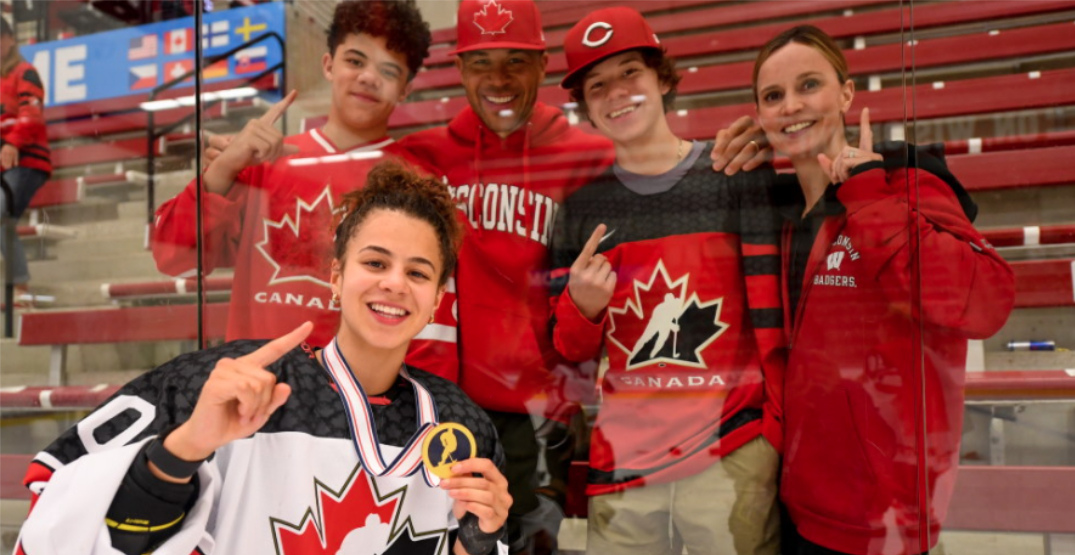 Jade Iginla, the daughter of Calgary Flames icon and Hockey Hall-of-Famer Jarome Iginla, is back in camp with Team Canada.

Iginla, a right winger, made her debut on the international stage with Canada in June and was one of 142 players invited to the BFL National Women’s Program selection camp set to take place from August 3-14 at the Markin MacPhail Centre at WinSport’s Canada Olympic Park.

1️⃣4️⃣2️⃣ players have earned invites to selection camps with Canada’s National Women’s Program ahead of #WomensWorlds and a pair of 🇨🇦 🇺🇸 series.

“This is a great opportunity to bring all three groups together in one place and start to envision what the next four years will look like,” said Gina Kingsbury, director of hockey operations with Hockey Canada. “We are coming off a very successful season and we are looking to continue building on that.

“We have a full complement of experienced staff to lead our camps but having our Olympic athletes able to play leadership roles where they can mentor and share their experience is a positive step in our journey towards the 2026 Olympic Winter Games in Milan.”

Iginla, who had 28 points (18 goals, 10 assists) in 22 games with Rink Hockey Academy Kelowna in the Canadian Sport School Hockey League, debuted for Canada at the 2022 IIHF Under-18 Women’s World Championship. She was initially expected to miss the entire tournament because of an upper-body injury, but returned in the quarterfinal.

Tij Iginla, Jarome’s son, also has a recent Hockey Canada experience under his belt. The 15-year-old participated in Hockey Canada’s National Under-17 Development Camp in Calgary in June.

He was picked in the first round (No. 9) of the 2021 WHL Prospects Draft by the Seattle Thunderbirds in December.

Jarome, who amassed 1,300 points (625 goals, 675 assists) in 1,554 NHL games with the Flames, Pittsburgh Penguins, Boston Bruins, Colorado Avalanche, and Los Angeles Kings, had an extensive history with Canada on the international stage.

He also set up the ‘golden goal,’ an assist on Sidney Crosby’s overtime game-winning goal against Team USA to lift Canada to gold at the 2010 Winter Olympic in Vancouver.