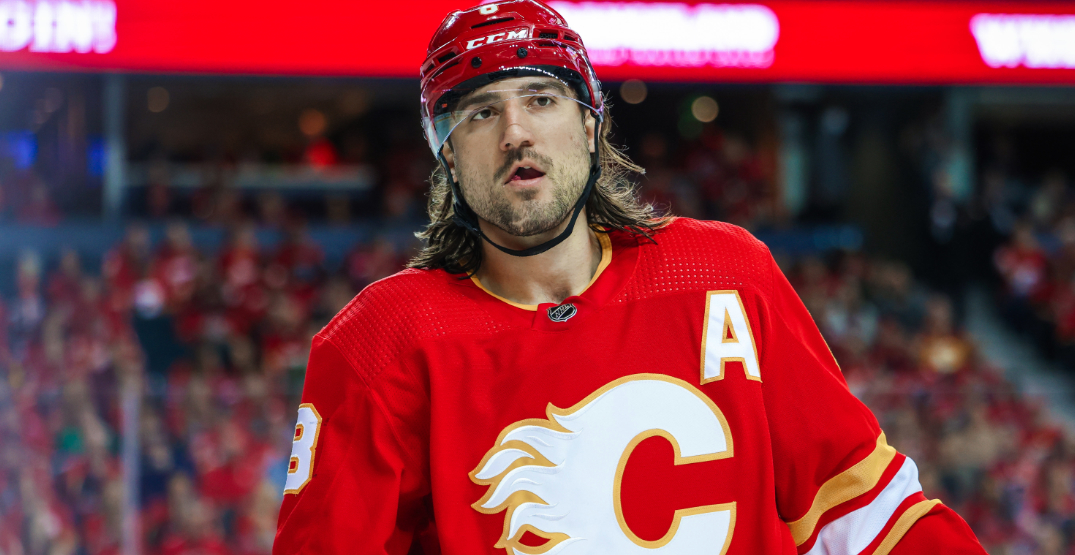 An injury to defenceman Christopher Tanev could force the Calgary Flames into some lineup changes in advance of Game 7 of their opening-round series against the Dallas Stars on Sunday.

Tanev was injured in Game 6. He did not participate in the morning skate, nor did forwards Johnny Gaudreau and Mikael Backlund.

“Everybody who wasn’t skating this morning is an option tonight,” Sutter said. “Including me.”

He is third amongst blueliners in ice time in the playoffs, averaging 19:11 of ice time per game.

Tanev has no points and an even rating in the series, and 28 points (six goals, 22 assists) and averaged 20:28 of ice — third-most on the team — while playing all 82 games in the regular season.

“He’s a warrior,” Flames forward Matthew Tkachuk said. “The way he works, the way he puts everything on the line each and every game…has had an unbelievable year for us. I don’t know what the deal is with him with tonight or anything, but he’s played so well for us all year.

“Just a guy who does everything…blocks shots, PK, never complains, never really in the spotlight and does a lot of work and is a big leader behind-the-scenes, which is very, very important for us.”

Calgary has gone with 11 forwards and seven defencemen in the past three games. That could continue heading into a critical do-or-die Game 7.

Here’s how the Flames could line up: