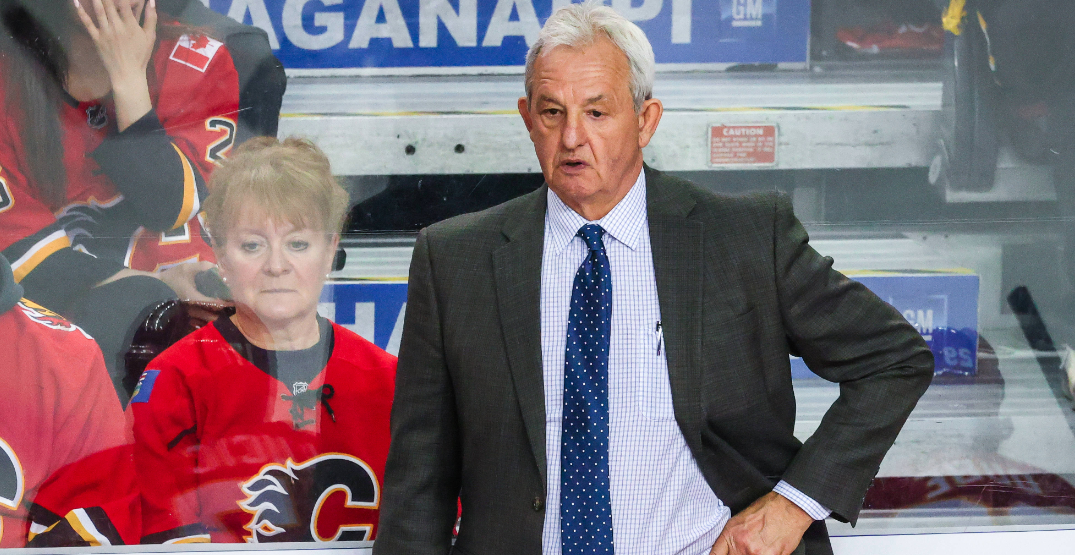 The stresses and surprises of the win-or-go-home scenario of a Game 7 might shock some heading into Sunday’s finale between the Calgary Flames and Dallas Stars, but don’t count coach Darryl Sutter among that group.

It’s got to be old hat for the veteran skipper.

“Pressure’s a good thing,” Sutter told media Saturday. “In the long run, that’s what separates you. I’ve been through several of those Game 7s. That, in the end, is what separates you from where you stand in the league, too, as a player.

“It’s a quiet place. I love that part of it. It’s like being in the middle of it. I’ve always enjoyed that.”

"This series deserves to have a Game 7."#Flames head coach Darryl Sutter looks ahead to tomorrow's game at the 'Dome. pic.twitter.com/VDOCO4sfwu

Sutter is the only coach in league history with seven Game 7 wins. That, obviously, makes him the all-time winningest coach when a series goes the distance.

Sunday will be Sutter’s NHL-leading 11th career Game 7 appearance behind the bench.

He’s 7-3 lifetime in the scenario.

Each one is unique, he’ll tell you.

“To think about it, the last time this team went to the Finals we lost in Game 7. But to get to that Game 7 you had to win in a Game 7. It’s exciting.”

Calgary lost Game 7 of the 2004 Stanley Cup Final, as Sutter mentioned, but it’s not the last time the Flames have participated in the win-or-go-home scenario.

They lost a 5-3 loss decision in the opening round against the San Jose Sharks in 2008.

That wasn’t Sutter behind the bench, though he did participate as the team’s GM.

But it’ll be Sutter’s be his first since leading the Los Angeles Kings to an unprecedented three consecutive Game 7 road wins en route to capturing the 2014 Stanley Cup, and it’ll push the 63-year-old ahead of Claude Julien, Mike Keenan, and Mike Babcock for the most Game 7’s coached in NHL history.

“I think there’s a reason you get to a Game 7, always, and that’s your structure and your foundation, those things that you talk about,” said Sutter, who is seventh all-time amongst the coaching fraternity with 92 postseason victories. “We have that in the bank always.”

A trip to the second round on the line after the Stars pushed the series to the max.

Win, and you keep playing.

Everything is on the line.

“It’s just one game,” Sutter said. “And there’s a reason there’s Game 7’s because the teams are even. Series is even. Just kind of get in the moment and in some ways enjoy it. Step up, too.

“It’s an opportunity to be a hero, too.”