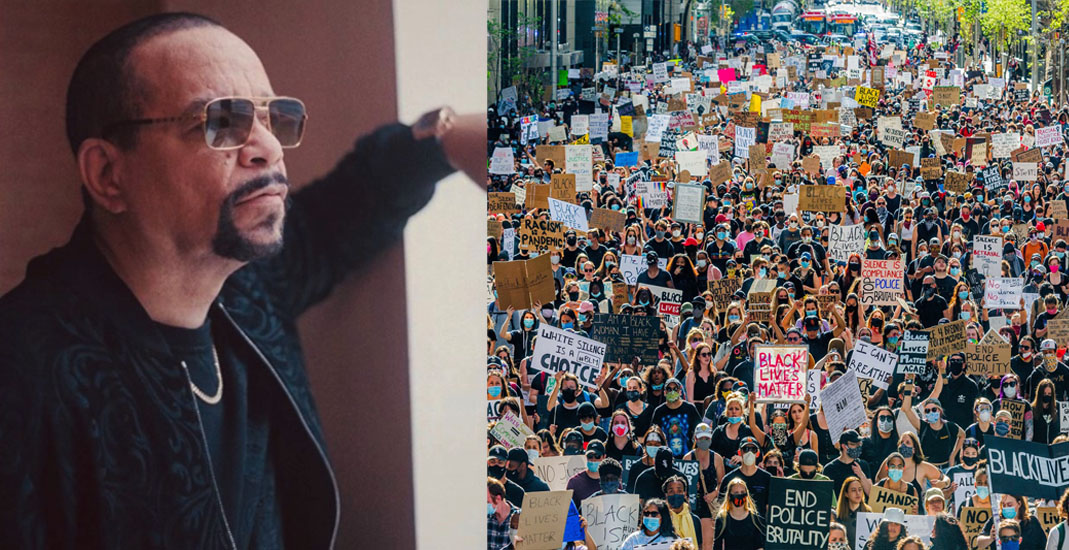 The march was one of many around the continent denouncing anti-Black racism, police brutality, and injustice following George Floyd’s death in Minneapolis after an officer kneeled on his neck, preventing him from breathing.

“Calgary! Pow!” Ice T tweeted Sunday along with a photo of the crowd.

Calgarians followed up the rally on June 3 with another Black Lives Matter vigil at Olympic Plaza on Saturday.

Ice T also recognized Vancouver for its “powerful” anti-racism protest, and gave a nod to Montreal’s demonstration as well.

The rapper has voiced his support for the movement on Twitter, retweeting highlights from marches around the world.