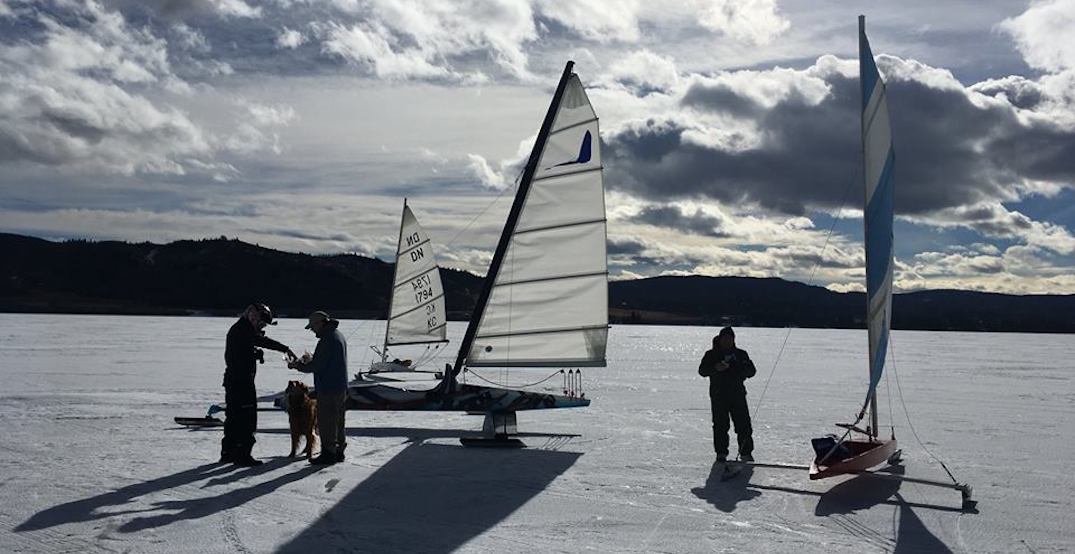 That’s exactly what one Albertan club is doing over at Ghost Lake.

These sailors aren’t called to the sound of gentle waves or the calm serenity of the water — they actually wait until that water freezes rock hard, and then catch the wind to zoom along its surface faster than ever.

The Ghost Lake Ice Sailing Club was founded in 1955, according to their Facebook page, with the mission to “expose the local population to the fun-filled activity that Iceboating is.”

You may even be able to catch a ride with one of the iceboaters (if they’re feeling generous enough), according to their group’s page.

“Come one, come all. No need to own an iceboat, our members are more than happy to bring you out for a ride!”

Much as hockey players looking for a game of pond puck will know, the ice sailors can only operate during ideal conditions — too thin of ice or two thick of snow cover and a day out on the lake is shot.

Still, with the winds of the prairies blowing away all that snow and the cold of Alberta freezing Ghost Lake thick, the area can become the perfect spot for ice-sailors from all over.

Here are a few videos of the boats in action: