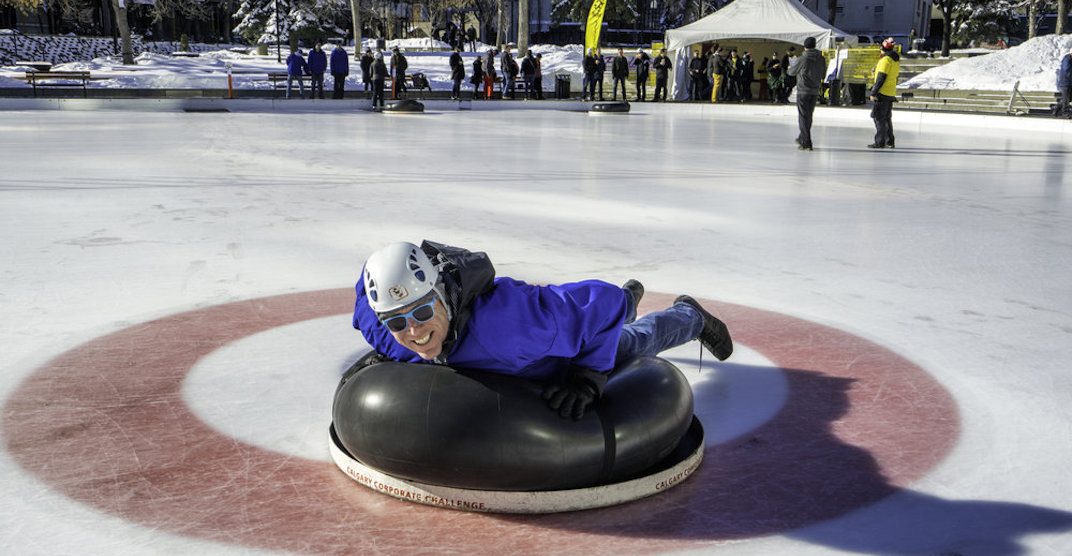 You and your team of four will compete with other sliders to make it into the finals, with the competition taking place during lunchtimes from February 25 to March 1, and finals on March 4. 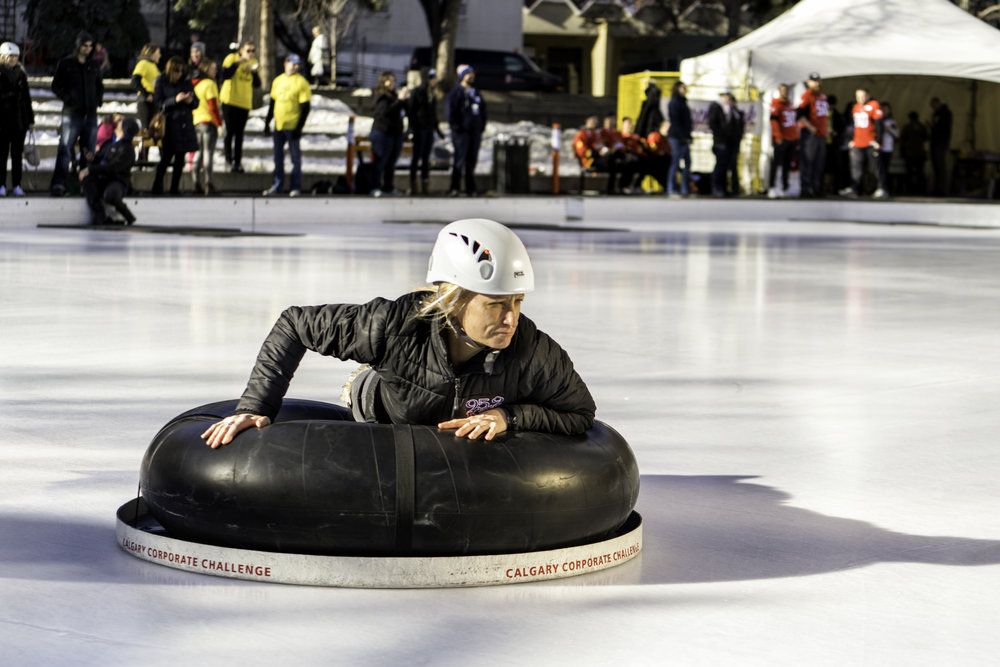 Registration costs $200 per team of four, meaning it’s just $50 to sign up per person, and a portion of the proceeds will be going towards KidSport Calgary.

Sign in starts at 11:30 am, and teams will get some time to practice their sliding. The top five teams of each day will then compete in a “slide-off” to make it into the finals, which will be held on March 4. And no, there are no gigantic brooms to deal with! But you’d still better hurry hard! 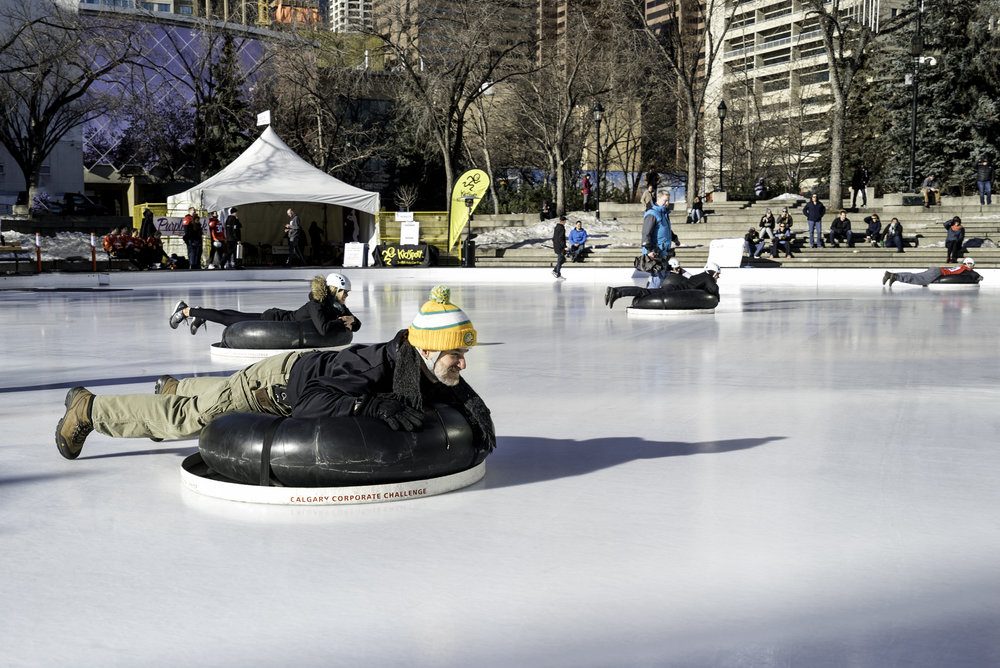 When: Monday, February 25 to Friday, March 1, finals on Monday, March 4