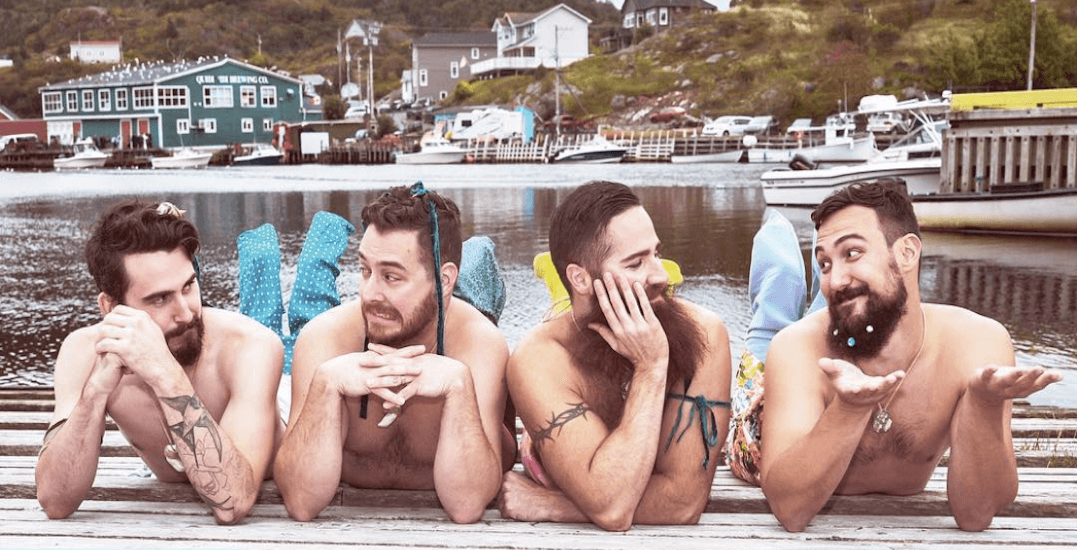 A few months ago, we told you about the Newfoundland and Labrador Beard & Moustache Club’s epic mermen calendar.

This group of burly bearded men decided to do a full calendar shoot dressed up as merb’ys (also known as male mermaids).

The calendars were on sale for $25 each and featured the bearded men wearing mermaid tails in a number of scenic locations including a pumpkin patch, on the beach and even at a barbershop.

The idea resulted in amazing photos and the group decided to donate all calendar proceeds to mental health services in Newfoundland.

It turns out the cheeky shoot was all worth it because the guys ended up raising over $300,000 for mental health services.

The group posted a photo of the Merb’ys and their supporters surrounded by a giant cheque on their Facebook page. According to the club, they sold over 14,000  calendars in just three months.

We can’t wait for what these Merb’ys have in store for us next year. Stay fabulous, guys!