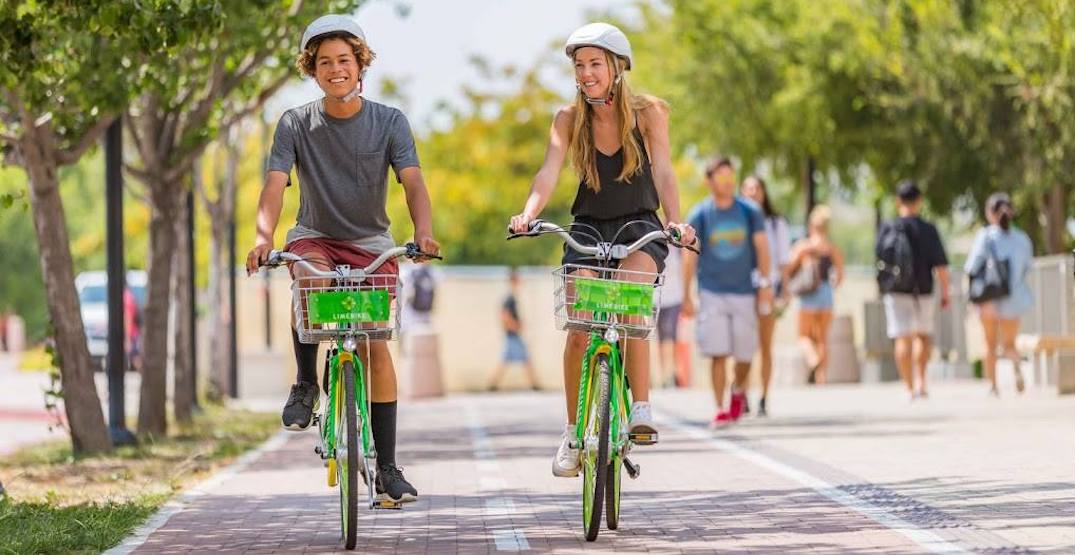 Calgarians may have noticed that some additions to their sidewalks, bike paths, and bike racks have sprung up seemingly overnight.

Don’t be afraid to approach those bright green bikes that are scattered around the city — they’re actually meant to be used by just about anyone, as long as you’ve got the app and pay the right price.

The Lime Bikes are part of the city’s new bike share program, which has approved 375 of the electric-assist bicycles to be used by Calgarians and visitors alike.

The bikes are unfortunately not coin-operated, however, so there a few hoops you’ll have to jump through before being able to rip around town on one of them.

Here’s everything you need to know in order to use one of Calgary’s new Lime Bikes:

Where you can leave your Lime Bike:

Here’s where Lime’s website states that you can end your ride in Calgary:

Parking is authorized only on city property. Whenever possible, please park bicycles in the area of the sidewalk closest to the curb where street lights, waste receptacles, trees and ParkPlus pay machines are located in order to keep pedestrian traffic unobstructed. All parked bicycles must remain in an upright position with both wheels in contact with the ground. Bicycles must be parked in a way that leaves at least 2.0 metres of unobstructed space for pedestrian movements.

Bicycles can be parked within city parks within 1m along either side of a pathway. Bikes can be parked along the Eau Claire and Riverwalk promenades, the shared use space along the south side of the Bow River from the Elbow River Traverse to 10 St. SW, provided that they do not impede pedestrian access to furniture (benches, garbage cans, information signs, etc.).

Plus, the bike will have to remain within the designated homezone, which can be seen on the Lime Bike app. The zone currently encompasses the majority of downtown Calgary, and is expected to be operational throughout the entire city during the summer months. 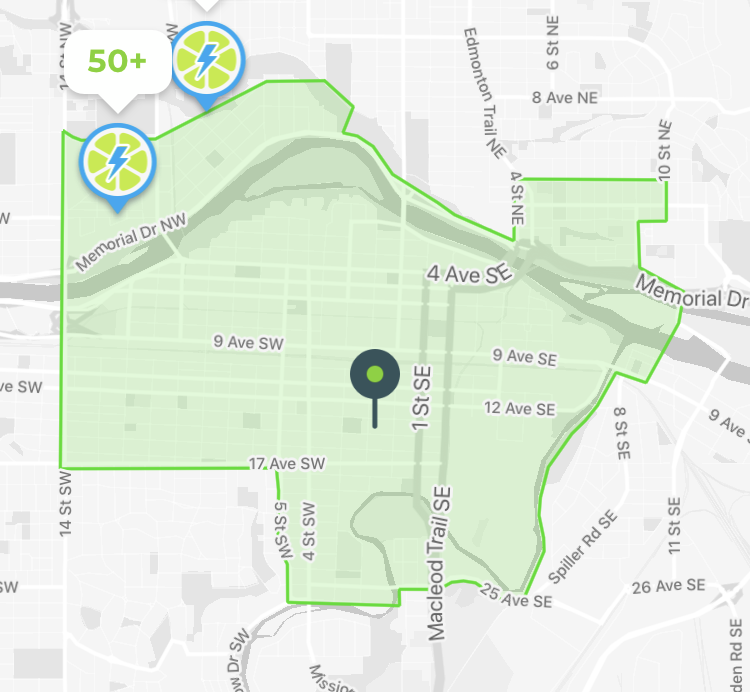 The website also states where you can’t park your bike:

Bicycles must not be parked on a pathway or within 1.0 metre of either side of a pathway.

Parking is not currently authorized on university campuses, Stampede grounds, East Village (CMLC), the airport, malls or on any other private property.

Bicycles must not be parked in locations within or on:

You’ll be able to find out how much battery is left in each e-bike by checking in the app, and a fully charged Lime Bike will be able to provide pedal assist for roughly 80 km before needing a recharge.

Some Calgarians have already taken full advantage of the new transportation option over the past few days, showcasing their experiences on social media.

Lime bike share program is launching in Calgary, and its first launch in Canada! pic.twitter.com/NPTNBDD9af