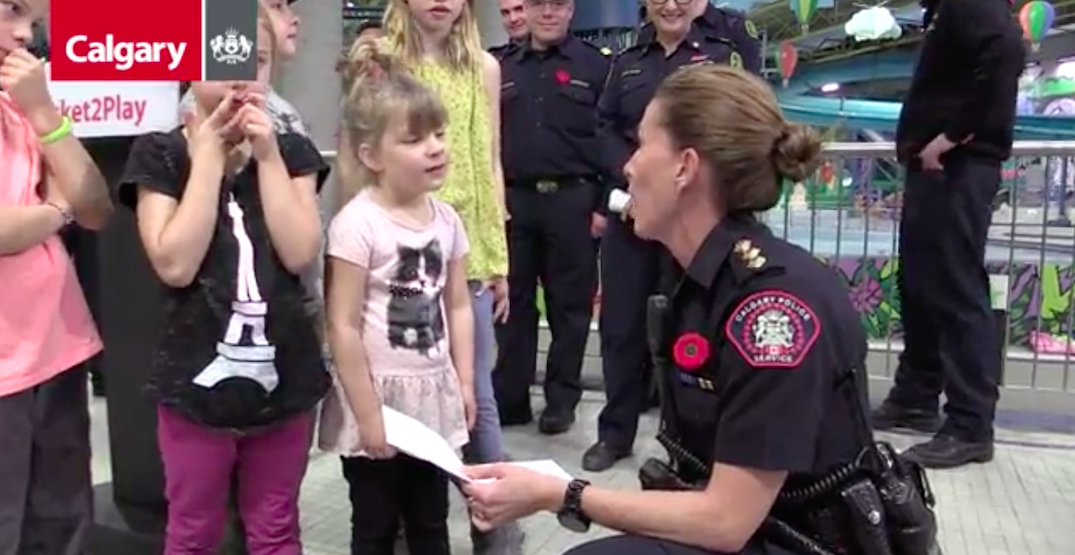 Calgary’s children and youth have become even more at risk of receiving a ticket from authority figures around the city.

Previously, only Calgary Police Service officers were capable of writing up Calgarians under the age of 18, though that ability has recently been expanded to firefighters and community peace officers as well.

No need to worry about your kids facing a hefty fine from these tickets, however, as the Ticket2Play program that has been expanded actually offers positive tickets; tickets that youth receive for doing good things in the community, and reward them with two free admissions to Calgary recreation facilities.

“With more city partners onboard, we’re excited to see the Ticket2Play program grow, and we’re thrilled about the opportunity to impact more children and youth by rewarding them for their positive actions,” said Heather Cowie, North Region Manager of Calgary Recreation, in a release from the City.

“Together, these partnerships provide Calgary Recreation with an opportunity to support the outstanding community development work being done by Calgary Police Service, Calgary Fire, and Calgary Community Standards while also encouraging youth to be physically active.”

According to the release, over 500 of these positive tickets were given out in 2017, encouraging young Calgarians to follow safety guidelines by wearing their helmets, crossing on walk lights, and playing safely.

Volunteering, picking up litter, shovelling a neighbour’s walk, or helping a fellow Calgarian carry their groceries are a few other examples cited that may land a person with a positive ticket.

Similar positive ticket campaigns have been used in other areas of Canada, including Toronto, Vancouver, and New Brunswick.