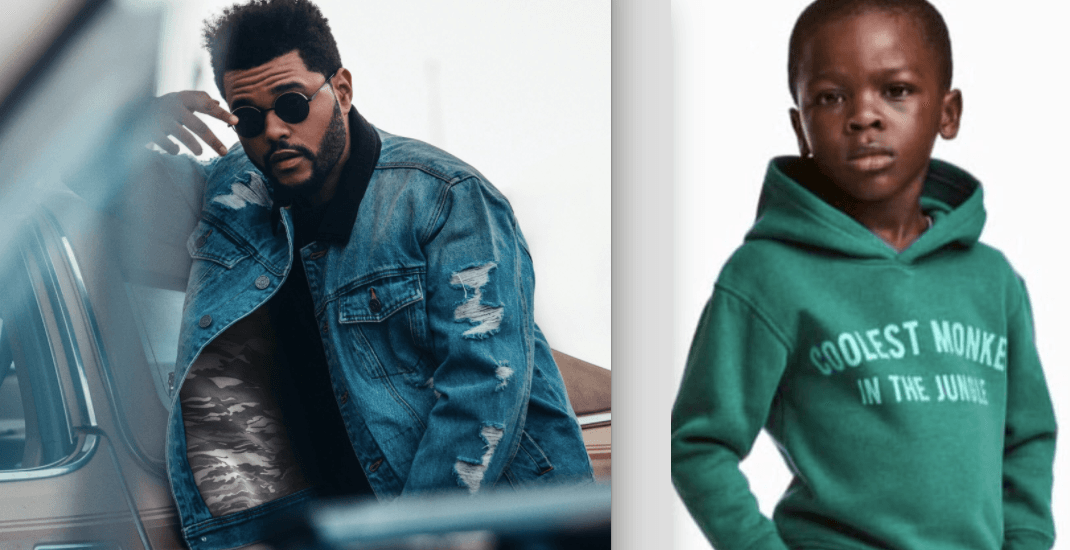 Clothing giant H&M has issued an official apology following the company’s questionable decision to use a black child to model a sweatshirt that read “coolest monkey in the jungle” on their UK website.

The controversial advertisement prompted Canadian R&B star The Weeknd to end his menswear collaboration the company.

“Woke up this morning shocked and embarrassed by this photo. I’m deeply offended and will not be working with @hm anymore…” The Weeknd said in a tweet on January 8.

H&M responded to the criticism with an apology posted on its website.

“We agree with all the criticism that this has generated – we have got this wrong and we agree that, even if unintentional, passive or casual racism needs to be eradicated wherever it exists,” said the company.

“We appreciate the support of those who have seen that our product and promotion were not intended to cause offence but, as a global brand, we have a responsibility to be aware of and attuned to all racial and cultural sensitivities – and we have not lived up to this responsibility this time.”

The company has taken down the image and removed the sweatshirt from all stores.

The company was called out by a number of high-profile celebrities including hip-hop artists T.I. and Questlove.

“@hm you got us all wrong!And we ain’t going for it! Straight up! Enough about y’all and more of what I see when I look at this photo. I see a Young King!!” said James.

Rapper G-Eazy also announced yesterday that he would be ending his collaboration with the company.

In regards to H&M pic.twitter.com/EuvWMmZ6XA

“It’s truly sad and disturbing that in 2018 something so racially and culturally insensitive could pass by the eyes of so many (stylist, photographer, creative and marketing teams) and be deemed acceptable,” wrote the rapper on Twitter.

“I cant allow for my name and brand to be associated with a company that could let this happen.”