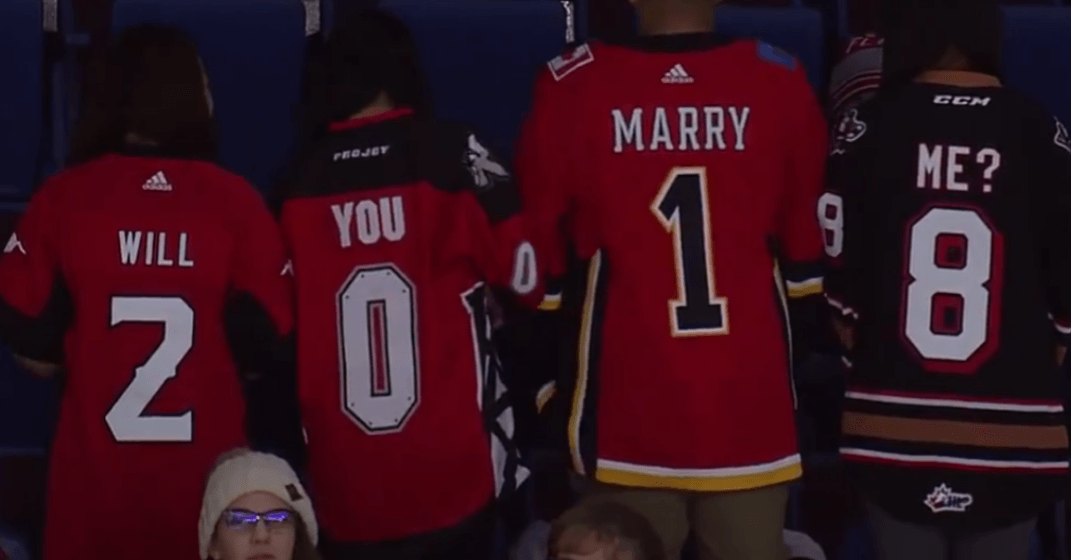 It was the most romantic game of the season.

Love was in the air during Saturday’s Calgary Hitmen game, as a fan popped the question to his girlfriend in front of onlookers at the Scotiabank Saddledome.

The proposal took place during a segment called the ‘Couples Challenge’ where the soon to be engaged couple, Vince and Sharlene, tried to answer questions about each other.

While the segment started off on shaky ground with Vince failing to guess his girlfriend’s ideal TV show to appear on, the follow up question was spot on, with Sharlene and Vince agreeing that he owned too many jerseys.

Vince’s answer to the final question caused some confusion when his answer card only read “Turn Around!”

When Charlene did, she found the phrase “Will you marry me?” stitched onto the back of four different jerseys.

Check out this special proposal that happened during tonight’s game! pic.twitter.com/E6AsCWkX0I

Judging by her reaction it’s safe to assume that if she had a problem with his jersey collection before, she no longer does now.