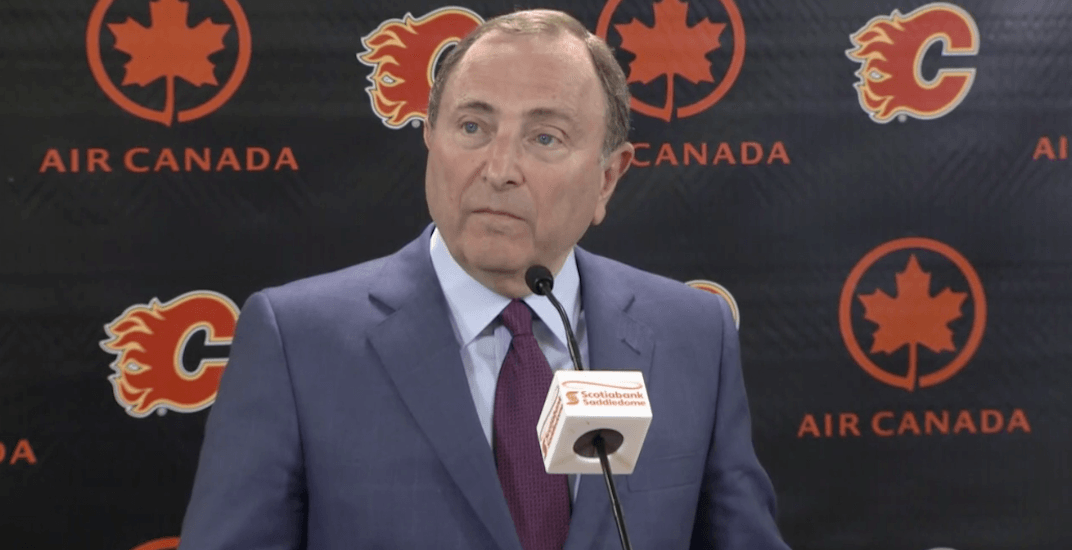 The NHL commissioner was in town as part of his tour of Western Canada (he was in Vancouver on Wednesday), subtly painting a bleak picture for the Flames’ future in Calgary. While the rhetoric was more muted than before, make no mistake, he was on message.

“It’s clear that [the Scotiabank Saddledome] is the oldest building in the league. It’s clear that the team needs a new building. By the way, Calgary is a great market, great fans here, but the building is as important a factor as anything else.”

While a lot of what Gary Bettman says can be classified as utter nonsense, he did make a good point with regards to, of all things, the Alberta concert scene.

“I was told (Thursday) that there were 27 acts, some of them multiple days, that have played in Edmonton since the building opened that haven’t played here,” Bettman said. “That goes to the quality of life of the city and that’s an indication as to the differences in the buildings.”

Unfortunately for Calgary, that’s a trend that will continue for the rest of this year.

Rogers Place in Edmonton is set to welcome 13 more musical acts (15 concerts) in 2018. The Saddledome, by contrast, will have just 10.

While Calgary will get to see the Eagles and Luke Bryan and Edmonton won’t, Edmonton will get to see six concerts that you can’t see in Southern Alberta. That includes two concerts each from Justin Timberlake and Shania Twain, plus Brantley Gilbert, Hedley, and Vance Joy.

In addition to missing out on concerts, Calgary won’t get to see Michelle Obama (speaker), Jeff Dunham (comedian) or the Hlinka Gretzky Cup hockey tournament.

One thing Edmonton won’t have that Calgary might? NHL playoff hockey.