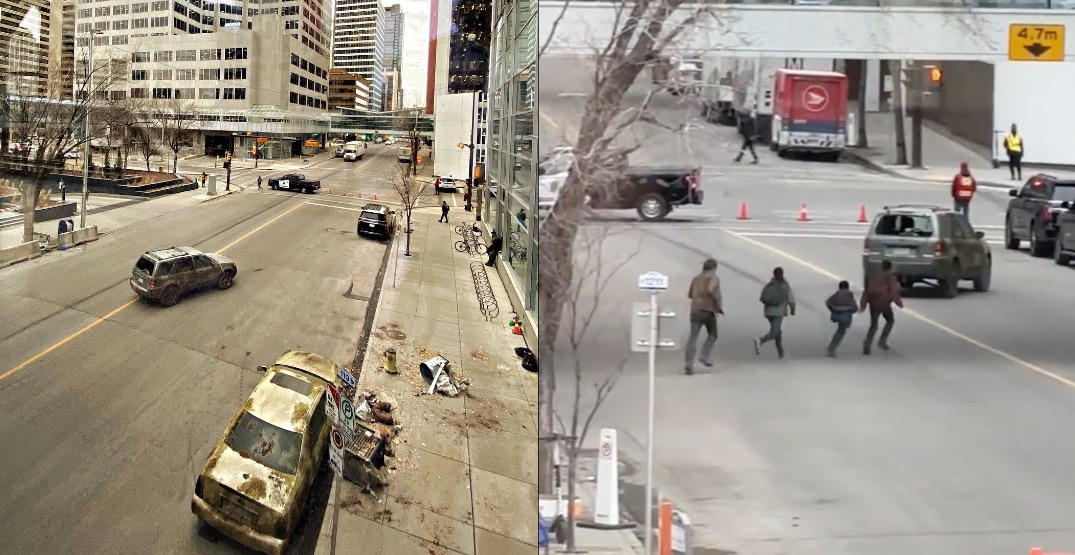 Filming for the upcoming HBO series The Last of Us has been taking place in Alberta since last year, and it’s back in Calgary, baby!

From the photos and videos that have surfaced from the shooting locations, this series is NOT messing around. It’s going to be amazing!

Photos shared on social media throughout this week show everything from a school bus to a street that fills in for a deserted one in Pittsburgh and even some of the stars in action.

Pretty much every day, something new was popping up and curious onlookers could get a glimpse of what will be one of HBO’s most expensive series ever.

New photo of the cast walking around the set of #TheLastofUs

The Last of Us is based on the 2013 video game of the same name, and it follows the journey of Joel, a smuggler tasked with escorting teenager Ellie across the post-apocalyptic United States. What starts as a small job becomes a difficult trek, as the pair travels across the US and must depend on each other for survival.

Earlier this year, the series was filming in the town of Okotoks, about half an hour south of Calgary and in Waterton Lakes National Park.

The Last of Us is slated to be released on HBO and HBOMax sometime in 2023, and Canadian viewers can subscribe to the HBO package through Crave.