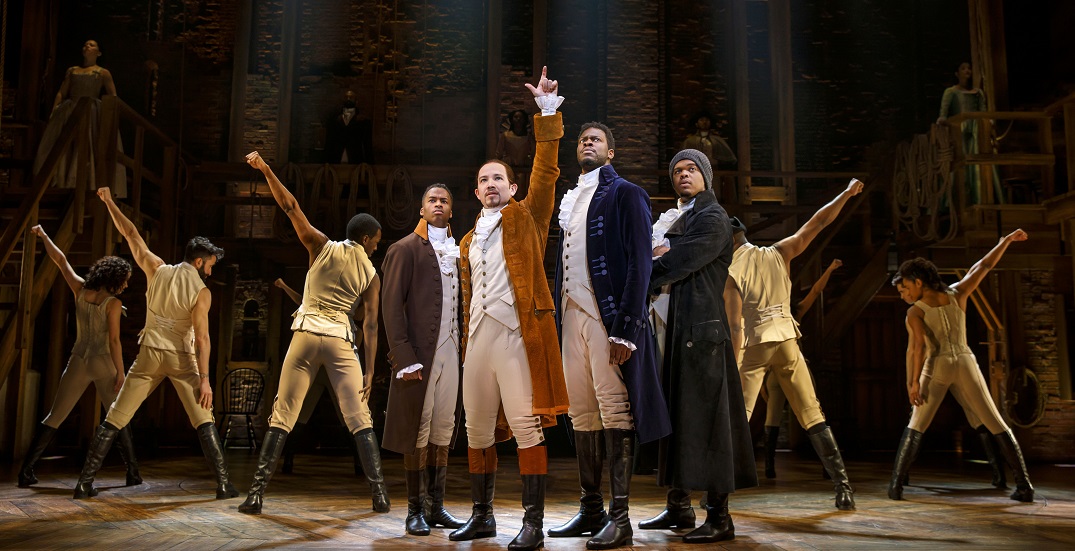 The story of the founding father without a father is coming to Calgary as part of Broadway Across Canada’s 2020/2021 lineup.

Lin-Manuel Miranda’s critically acclaimed Hamilton will be hitting the stage at the Southern Alberta Jubilee Auditorium next summer, telling the tale of Alexander Hamilton’s life as a revolutionary abolitionist/military commander/treasury secretary.

Hamilton is not the only production heading to the Southern Alberta Jubilee Auditorium courtesy of Broadway Across Canada, though, as Jesus Christ Superstar will be first on the stage from November 3 to 8 of this year.

Anastasia will follow at the start of 2021, running from January 5 to 10, telling the tale of a Russian woman discovering her past in the 1920s.

Tickets to all three shows are available through Broadway Across Canada’s season package starting at $185, as is this season’s option, Come From Away, which recounts the true story of 7,000 passengers being stranded in a small Newfoundland town.

Those who purchase the season package will have the opportunity to add Come From Away at an additional cost.

“With a record number of subscribers last season, we remain so appreciative of the support and excitement surrounding our 2019-2020 season featuring Dear Evan Hansen,” said Shana Levin, Vice President of Broadway Across Canada, in the release.

“It’s a true privilege to share in the Broadway experience with our loyal patrons year after year at the Southern Alberta Jubilee Auditorium, our home in Calgary. In our upcoming season we tried to program a nice balance of highly anticipated new musical productions like Hamilton and Anastasia with returning classics like Jesus Christ Superstar and Come From Away.”

Individual tickets will become available closer to the date of each production.

Season package subscriptions go on sale starting at 10 am on January 23.