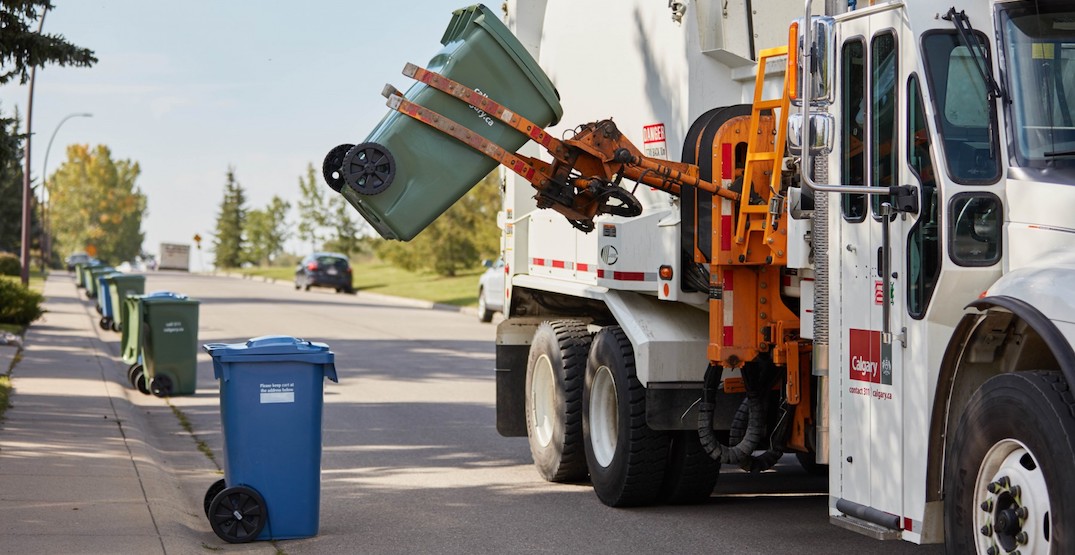 Holloween is over, the leaves are falling, and the City of Calgary has shifted green bin pick-up to a winter collection schedule: So yeah, winter most definitely is coming.

The City of Calgary announced in a November 1 release that the weekly pick-up of green carts would be switched to bi-weekly as of November 6 — and no, we don’t mean twice a week.

The shift is due to less yard waste being put into the carts during the winter months, according to the release, as all those blades of grass, leaves, and trimmings will likely be stuck under a few layers of snowfall throughout the coming months.

“Calgarians have really embraced the Green Cart program so we wanted to give them time to get used to composting at home,” said Laura Hamilton, Waste Diversion Specialist with the City of Calgary, in the release.

“Now that it’s been a year, Calgarians have been asking us to collect their green carts less often in the winter and the data shows decreasing volumes with less yard waste going into the carts during the winter months. So it made sense to make the change to a winter green cart schedule, although it is still important to compost your food waste as well as food-soiled paper and tissues.”

Calgarians will need to check the City’s website to see when their new green cart collection day will land on, as new collection routes will be in effect along with the shifted schedule.

The pick-up is definitely not something you’ll want to forget, as just one missed pick-up could mean a banana peel sticking around the side of the house for close to a month before finally being taken away.

Carts will still need to be placed by the roadside by 7 am on collection day, and there will be no change to black or blue cart collection.

Phone, email, and text alerts can be signed up for at the city’s website, or by downloading the Garbage Day app.