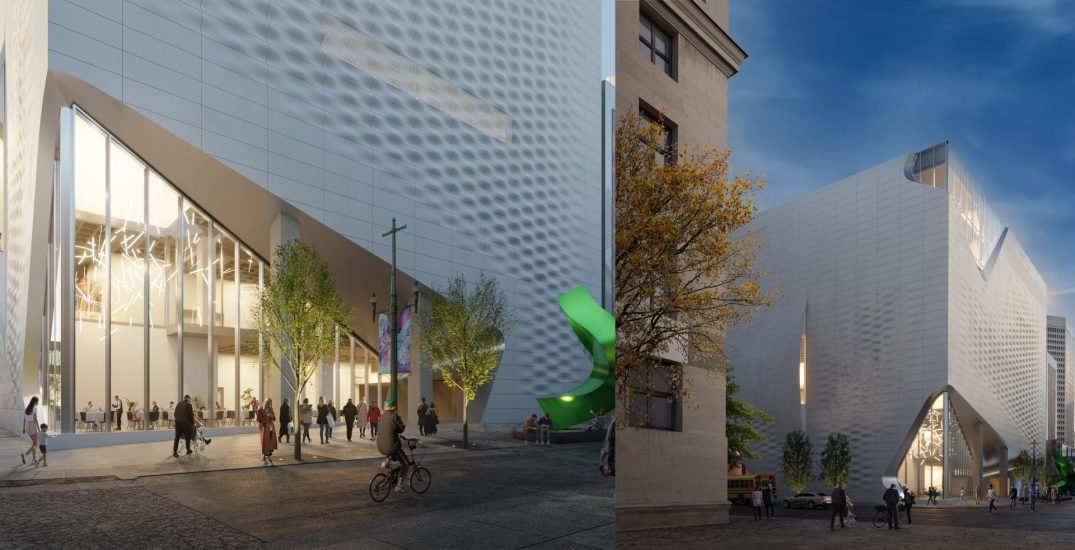 Renderings of the renovated Glenbow building (Courtesy of Glenbow)

If you’re looking to get cultured on a budget, the Glenbow Museum in downtown Calgary has made it easier to do just that.

Thanks to a massive donation from the family of a notable Calgary businessman, general admission to the Glenbow will be free – forever.

On Thursday, the Glenbow announced a transformative, $35 million donation from the family of JR Shaw, the Calgary businessman and philanthropist who founded Shaw Communications and Corus Entertainment. As a result, Glenbow will become the first major Canadian museum to offer permanent free general admission.

“Glenbow will eliminate general admission in perpetuity,” reads a press release from the museum, “ensuring everyone has an opportunity to access its resources. By removing the fundamental barrier of affordability, access to arts and culture will become a right for all rather than a privilege.

The JR Shaw Institute for Canadian Art is to be operated by the Glenbow and will feature annual exhibitions, a diverse mix of programs, an artist-in-residence program, and an internship and fellowship program.

The downtown Calgary building that houses Glenbow is currently undergoing a huge renovation that will transform 312,000-square-feet of space into one of the most vibrant and inclusive art museums in North America.

Plans released on the museum’s website outline some of the new features coming to the space, including a rooftop patio, visible art storage, and a restaurant and new retail shop offering a one-of-a-kind cultural entertainment experience for both Glenbow guests and the public.

Among other upgrades are an accessible open-air lobby and gathering spaces for people to connect, a new double-height entrance on the corner of 1st Street SE and Stephen Avenue, which will open the museum up to Olympic Plaza, and innovative gallery spaces designed to accommodate large-scale exhibitions and installations.

New technology will provide more ways to engage and interact with exhibitions and items in the Glenbow collection, and flexible education spaces will create immersive learning experiences and allow for hands-on access to the collection.

When it reopens, the building will be renamed JR Shaw Centre for Arts & Culture, in honour of the family’s generous donation.

With this $35 million from the Shaw family, along with $105 million from government and $12 million in donations from Glenbow supporters, the museum has raised $152 million to date.

However, the press release notes that the future of the museum still requires additional community support to enhance its facility, programming, exhibitions, activities, and events for many years to come, and is working to raise an additional $23 million to reach a new fundraising target of $175 million.