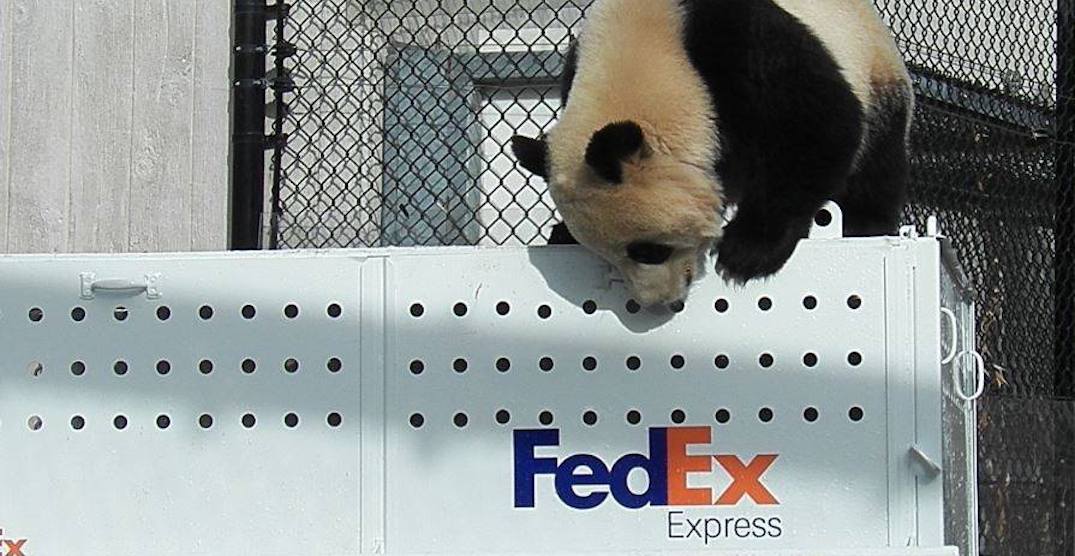 Pandas being shipped by FedEx (FedEx/Facebook)

If you thought sending a letter was a hassle and a half, try orchestrating the shipment of four endangered animals.

That is exactly the task that FedEx took on this past weekend, as they brought a bamboo of pandas across the country from Toronto to the Calgary Zoo.

(And yes, a group of pandas is, adorably, called a “bamboo.”)

The four pandas – Da Mao, Er Shun, Jia Yueyue, and Jia Panpan – had been residing in the Toronto Zoo for the past five years as part of their 10 year trip from China to Canada. The animals will remain in Calgary until 2023, at which point they will be returned back to their homeland.

But, of course, there’s the whole issue of actually transporting the pandas to their new home.

A press release from FedEx explained some details of the cross-Canada voyage.

“The world can be confident that our team of skilled logistics experts, pilots and drivers ensured these four beloved, rare animals had a safe, comfortable trip from Toronto to Calgary,” said Lisa Lisson, president of FedEx Express Canada.

The pandas were packed into white cages, which were filled with bamboo as something of an on-flight meal.

After being carefully placed into a Boeing 757F aircraft and joined by onboard veterinarians, a FedEx load master, and a specifically chosen crew, the bears took the 3.5 hour, 2,716 kilometre flight from Toronto to Calgary, where they were successfully unloaded and moved to the Calgary Zoo’s facilities.

The pandas are currently settling in at the zoo’s new Panda Passage habitat, which will open to public on May 7.

“Hosting these international symbols of wildlife conservation over the next five years gives us the chance to educate our community about helping protect species at risk, here in Canada and around the world,” said Dr. Clément Lanthier, president and CEO of the Calgary Zoo, in the release.

FedEx even supplies some video footage of the pandas’ travels, all the way from one zoo to the next: