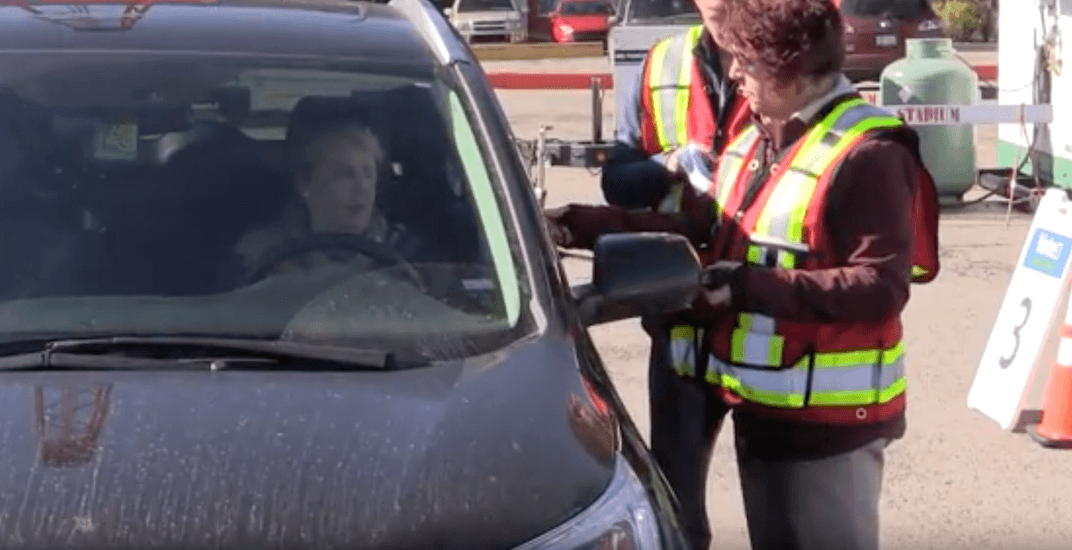 Elections Calgary has made voting as easy as ordering a burger.

Calgary’s drive-up vote pilot program is now in full swing from Wednesday, October 4 to Friday, October 6, and for those three days residents of Calgary can cast their ballot in the General Election from the comfort of their own car.

The drive-up program is aiming to increase voter turnout by making voting more accessible, and has been implemented alongside an increased number of Advance Vote locations.

While there is still the potential for a line – as there generally is at any drive-thru – voters will be able to wait in their cars before the time comes to do their civic duty.

There isn’t a window to drive up to, unfortunately – instead, drivers park in a designated parking lot and voting attendants arrive at the window to help them through the voting process. Think of it more like a White Spot Drive-In, in that way.

“We are the first ones to try it in Alberta, and we’re hoping that it’s going to be successful,” said Paul Denys, manager of elections and census, in a video released by the City of Calgary.

Although the drive-up pilot program is only at one location – McMahon Stadium parking lot – Denys said that additional Advance Vote locations elsewhere will make it easier for people to vote while going about their business.

What to bring: An ID that proves your identity and home address. Your Alberta driver’s license, Alberta Identification card, or government-issued/school documents will work as well. Picture ID is not a requirement.