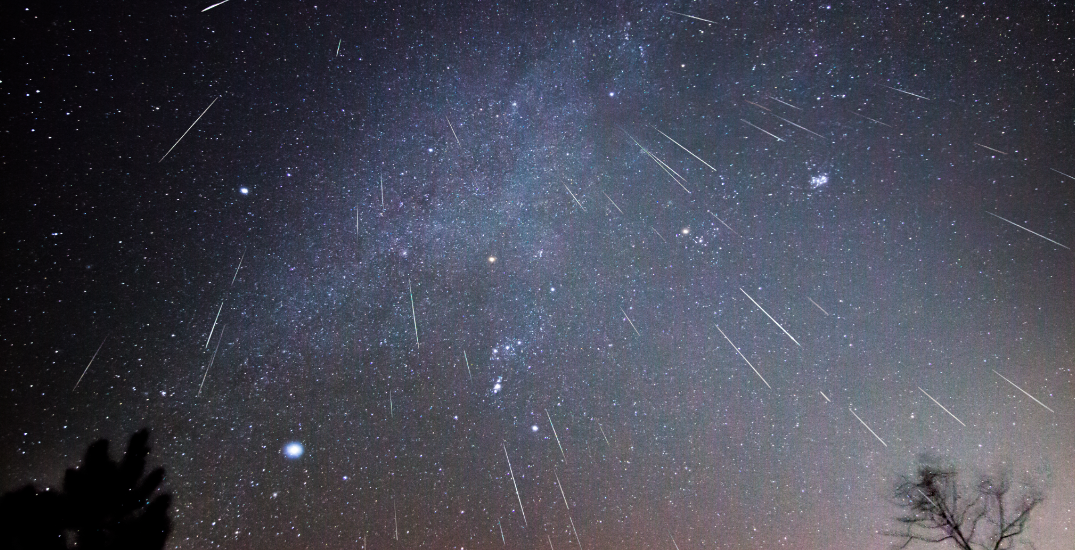 Skywatchers, get ready. One of the year’s best meteor showers peaks in the late hours of Monday, December 13, and into the following morning.

The Geminids meteor shower began on December 4 and will reach its climax in Calgary during the night between December 13 and 14. The shower will be at its brightest until approximately 4 am on December 14, according to timeanddate.com.

This year, fainter meteors may be washed out by a waxing gibbous moon, which is when we’re nearing a full moon and it’s a little over 50% illuminated.

As for the forecast for the meteor shower in Calgary, it looks like Mother Nature won’t be giving us much of a break to view the sky.

According to Environment Canada, snow will move into the city throughout the day, and it will continue overnight, practically guaranteeing a blocked view for the Geminids meteor shower as it peaks tonight. 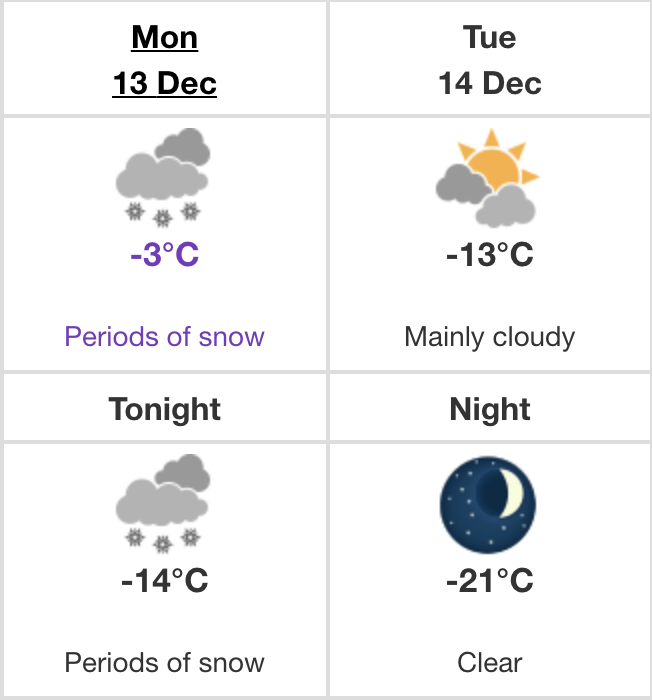 Calgary will see periods of snow, with two to four centimetres accumulating overnight, before Tuesday dawns mainly cloudy. A temperature high of -14ºC is expected on Monday night.

If you’re planning on testing your luck and checking out the shower anyway, the Canadian Space Agency has some helpful tips to see the light show efficiently.

The organization advises leaving the city to avoid light pollution, and finding a clear area with no buildings or trees to block your view. Getting higher in altitude can give you a great vantage point, and if you have access to a telescope or binoculars, the views will be even better.

If you want to get a good view of the shower’s peak despite Calgary’s cloudy forecast, NASA will be broadcasting a live stream from December 13 to 14 from a meteor camera at its Marshall Space Flight Center from 8 pm to 4 am CST. Find the live stream on the NASA Meteor Watch Facebook page.

The meteor shower was given its name because it appears to come from where the Gemini constellation is found in the sky.

With files from Isabelle Docto and Laine Mitchell