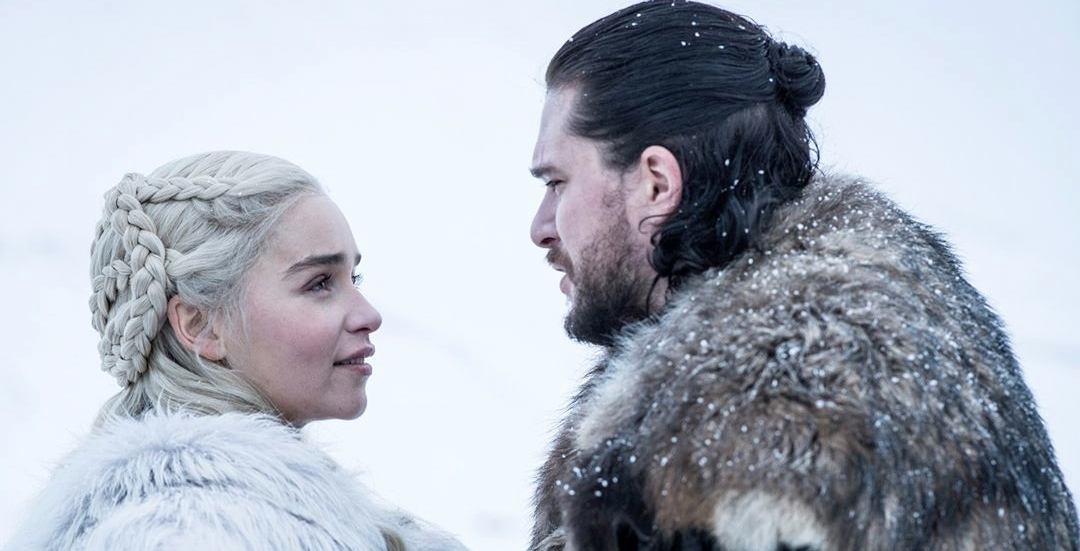 Warning: The following article contains spoilers for the first episode of season 8 of HBO’s Game of Thrones.

It had been 595 days in between new episodes of Game of Thrones and last night winter, along with a bevy of the show’s favourite characters, returned to the small screen.

Characters have been mumbling about the coming of winter for seven seasons and the plot has mostly funnelled down to bring many of the remaining heroes and villains to the same place. Gathered at Winterfell, armies are now preparing for the upcoming wintery war with the white walkers.

The beginning of season 8 reunited characters who haven’t shared screen-time since season 1 (Jon and Arya, Jaime and Bran) and the Internet took to Twitter to react to last night’s episode as it does all things — through funny GIFs, memes, and one-liners.

Since fans waited close to 600 days between seasons, this upcoming week between episode 1 and 2 shouldn’t be that bad.

In the meantime, here’s how the Internet reacted to last night’s premiere, but be warned: the following jokes contain spoilers for Game of Throne’s 8th and final season.

This was the best meme for the day #GameofThrones #GoT pic.twitter.com/nd9Iw8WNK1

Me stepping into work hoping no one ask me how was #gameofthrones pic.twitter.com/6ZK3i8Kk0M

“What sort of memes are people making about #GameofThrones?”

If she were the one with three dragons #GameofThrones could have ended in season 1. pic.twitter.com/fUnd8sEElF

“I have never seen Game of Thrones.” pic.twitter.com/GPn6ZwTmnV

“You want a whore, buy one. You want a Queen, earn her.”#GameofThrones pic.twitter.com/SPoMFiUerZ

Game of Thrones Season 8 Episode 1 spoilers but with no context pic.twitter.com/yseziwgQt9

Dany: We could stay a thousand years. No one would find us.

Me (Remembering Ygritte said, “we never should have left that cave, Jon Snow” before she died): pic.twitter.com/ULVszRB4i0

Game of thrones spoilers but I give you no context #GameOfThrones pic.twitter.com/fKE5K0RRTi

Jaime and Bran next episode be like #GameOfThrones pic.twitter.com/L5o9QwVGjD

If you’re a bit lost and you need a GoT refresher, we’ve got you covered and it’ll only take 104 seconds: