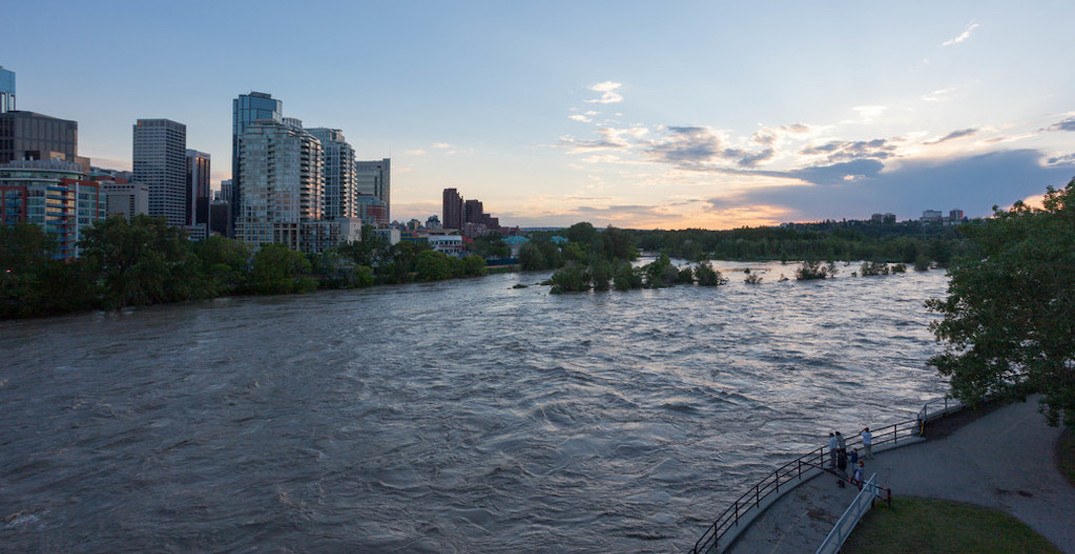 Flooding in Calgary (City of Calgary)

According to a release from the city, river flooding is most likely to occur between May 15 and July 15 due to the combination of melting snow and heavy rainfall.

With rain already on the forecast for this week, wet spring weather will only contribute to the chance of flooding throughout the season.

The city saw devastating floods back in 2013, and the federal government announced earlier this year they would be putting $168.5 million towards flood mitigation in Calgary.

“Since 2013, together with the provincial and federal government, we have invested in projects that reduce our risk of river flood damage by one-third,” explains Sandy Davis, flood risk awareness program manager with the City of Calgary. “We have also strengthened our understanding of the flow of the Bow and Elbow Rivers, how rivers change, flood modelling, forecasting, preparedness, and response.”

“While we are working to reduce our risk of river flood damage, we cannot eliminate the risk of flooding entirely,” says Davis. “River flooding impacts all Calgarians who live, work, commute or recreate along the Bow and Elbow Rivers or in the city centre.”

Calgarians can prepare themselves by heading to the city’s website and downloading emergency alert apps to their phones and checking out the city’s new interactive flood story map.