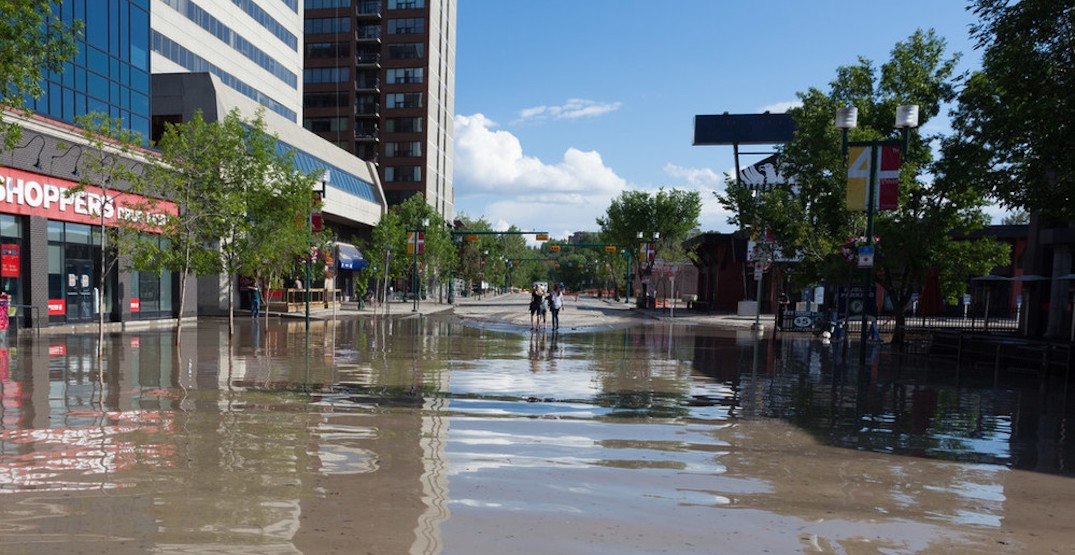 Calgary's Mission neighbourhood during the 2013 flood (City of Calgary)

The Springbank Off-Stream Reservoir project just got a major boost from the Government of Canada.

Minister of Infrastructure and Communities François-Philippe Champagne was in YYC on Wednesday to announce that the Government of Canada would be putting $168.5 million towards flood mitigation in Calgary, according to a release from the Government of Alberta.

The city saw devastating floods back in 2013, marking one of the costliest natural disasters that Canada had ever seen.

The City of Calgary and the Province of Alberta have been working on flood mitigation projects in the years to follow, and now work on the Springbank Off-Stream Reservoir looks like it could be underway in the near future.

“Taking concrete steps to adapt to the impacts of climate change is more and more essential to ensuring a safe, prosperous future for our kids and grandkids,” said Champagne, in the release.

“By investing in the Springbank Off-Stream Reservoir project, we are helping Alberta get ahead of the problem, and protecting Calgarians and communities to the south from the heavy personal and economic costs of increasingly threatening weather events.”

The reservoir would be made in Rocky View Country and would divert excess flow away from the Elbow River during peak flood season.

The project is not expected to truly be underway until proper environmental assessments have been carried out and Indigenous consultations have been completed.

The final go-ahead will need to come from the Minister of Environment and Climate Change once it is determined that the proper legal conditions have been met.

“Our government is committed to building the Springbank Dam to protect Calgarians and businesses from a devastating flood like the one we saw in 2013,” said Alberta Minister of Transportation, Brian Mason, in the release.

“I am happy to see this significant investment from the federal government as we continue to move forward with this critical project.”

The money is coming from the Government of Canada’s Disaster Mitigation and Adaptation Fund, which has a pool of $2 billion to be spent over 10 years on infrastructure projects that would protect communities from natural disasters.