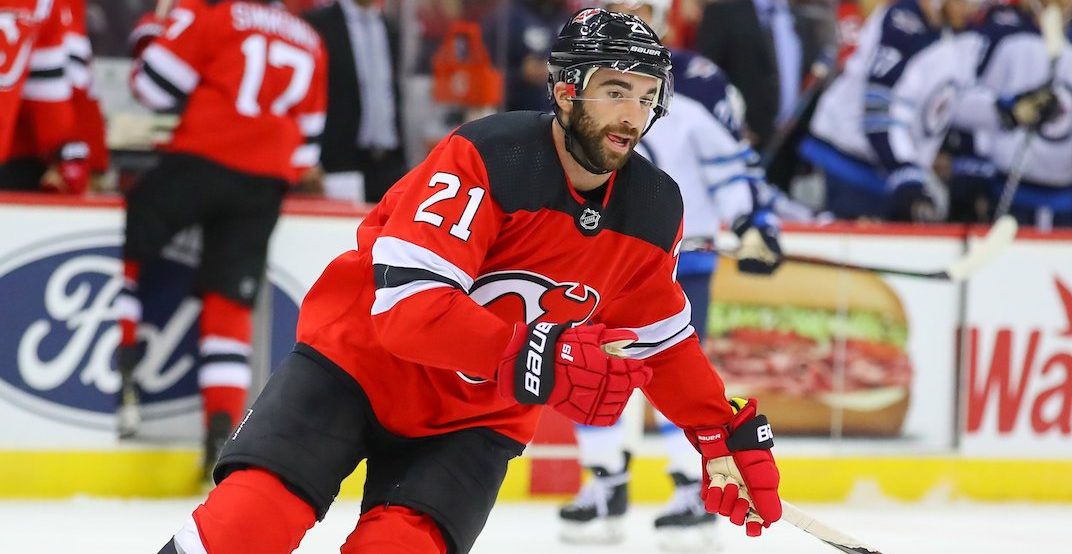 In just a matter of a couple weeks, the already slim trade pool has grown even more shallow for the Calgary Flames.

Gone are names like Tyler Toffoli to Vancouver, Jason Zucker to Pittsburgh, and Blake Coleman to Tampa Bay, all names that have been brought up in the ever-circling Flames trade rumours.

When it comes to the rental market this year, teams are paying top dollar for good, but not exceptional talent. The cost for the Canucks to get a rental like Toffoli was a player, a good prospect, plus a second-round pick, for instance.

Or the Lightning sending a first-round pick and a player just selected 27th overall in last June’s draft (Nolan Foote) for a forward like Coleman with a career-high 36 points.

It’s basic economics, a perfect example of supply and demand.

That leaves the Flames, who have only completed two trades since last year’s deadline and have made a point not to make a deal to keep up with the Joneses.

General manager Brad Treliving has options for both buying and selling ahead of Monday’s 1pm MT deadline, including these players on the block around the league.

Calgary’s offence has been bewildering in many games this year, either completely non-existent or firing on all cylinders for five or six goals per night.

That brings Chris Kreider into the mix, who enters this year’s trade deadline as the most valuable asset on the market with 42 points in 57 games with the Rangers.

As we wrote about last month, Kreider makes a lot of sense on the Flames roster as he’s in the middle of one of the most productive seasons of his career and could bring an element of snarl that is rare to find in many offensively-focused wingers.

The price tag for the 28-year-old will be exorbitant however, as Calgary would have to give up at least as much as the Canucks did for Toffoli.

A player who has exploded onto the scene over the last few seasons, Erik Gustafsson has been a bright spot on some hurting Chicago Blackhawks clubs.

In his first full season at the NHL level last year, Gustafsson very quietly turned in one of the quietest 60-point seasons from the blueline and is up to 26 points in 58 games this year.

Chicago has fallen out of the Central Division playoff picture over the last few weeks with a 2-6-2 record in their last 10 and are in a prime spot to deal away a pending free agent like Gustafsson.

Calgary’s defensive core has taken a beating over the last month with Mark Giordano and Travis Hamonic both placed on injured reserve and a high-impact skater like Gustafsson could help shore up that core during a playoff push.

The Flames are likely breathing a sigh of relief after Derek Ryan’s placement on injured reserve seems more precautionary than anything.

With that said, it wouldn’t be surprising to see Calgary look to target a centre option at the deadline and Jean-Gabriel Pageau from Ottawa would fit that bill nicely.

A fairly inexpensive option when it comes to salary with just $750,000 remaining on his deal for the rest of the season, the Senators veteran has broken the 20-goal plateau for the first time in his career and is up to 40 points in 58 games.

Being a right shot is something the Flames covet in a possible top-six forward addition, though Pageau will likely command a sizeable package as one of the big names on the trade board.

If Calgary is looking to add a player with some term left on his contract, New Jersey Devils mainstay Kyle Palmieri could make some sense.

Set to earn $4.65 million next year, Palmieri would come cost-controlled for Calgary and is a key candidate to be moved by New Jersey as part of a fire sale that has seen Coleman and captain Andy Greene moved out of town.

One of the highest producing Devils this season with 22 goals and 41 points in 55 games, Palmieri would immediately be a top-six addition on the right side for the Flames.

Calgary currently would not be able to fit his salary under the cap with just $2.33 million to spare, however the Flames could send salary back to New Jersey or have the Devils retain up to half of Palmieri’s contract.

If it’s speed and quickness that the Flames are looking to inject into their lineup, there’s no shortage of that with Toronto Maple Leafs winger Kasperi Kapanen.

One of the more promising young players on this list, the 23-year-old Kapanen signed a three-year, $9.6 million contract that sees him earn roughly $3.2 million per season.

Cost-controlled and yet to reach his potential, a trade involving the speedy Finn would likely come as part of a larger ‘hockey trade’ and not the usual deadline fare of a rental player for picks.

However, the Flames and Maple Leafs have had trade talks going back to the summer and Kapanen’s name has been one thrown around as a potential fit, albeit at what could be a high cost.

Now we’ve arrived at the real wild card of the pack, as general managers around the NHL wait to see what will happen with big, bruising Jets defenceman Dustin Byfuglien.

His grievance case and suspension have been well documented with the Jets, as he and Winnipeg brass have been nearing a mutual split over the last number of months.

Currently listed at a $7.6 million cap hit, if a mutual contract termination were to take place over the coming days Byfuglien would officially become a free agent.

There is a chance some team would jump the gun and trade for his rights before it got to that point, but there’s still no guarantee the 34-year-old’s ankle would be healthy enough to play on this year.