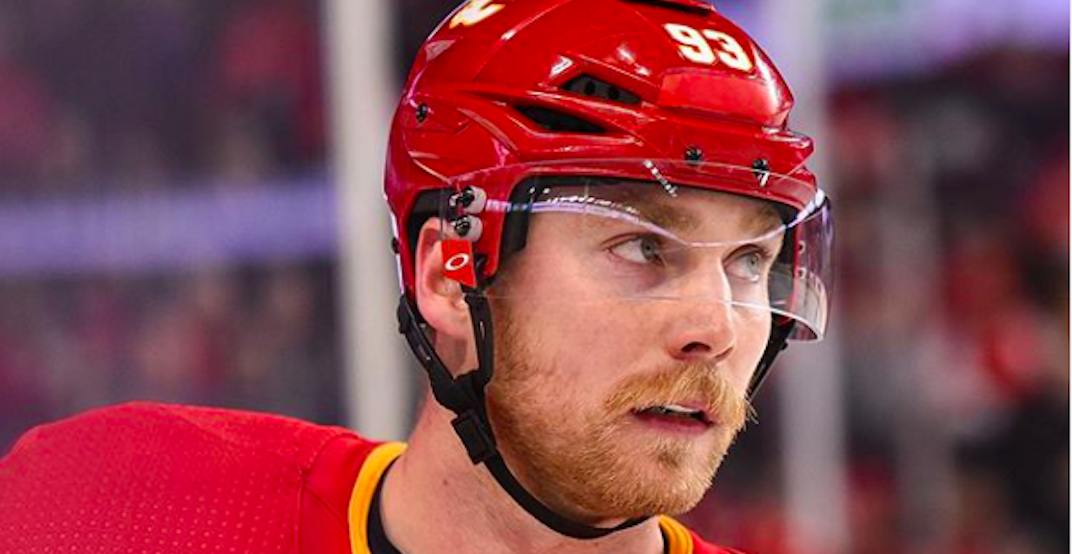 For any Pacific Division team, let alone the Calgary Flames, this will be a fascinating trade deadline week to watch.

Five teams all hold legitimate chances at qualifying for the post-season and with roughly 20 games before playoff hockey hits, their general managers will have to make some tough calls.

The Flames have endured one of their most inconsistent seasons in recent memory, holding a 31-24-6 record through 61 games and hold the first wild card slot in the west.

Coming off a wild 6-4 comeback victory over the Anaheim Ducks yesterday, Calgary has just two more games of evaluation before the deadline arrives on Monday, February 24.

General manager Brad Treliving has stayed relatively quiet each of the last few deadlines, however if Calgary begins to trend either upwards or downwards there’s a good chance he could be a little more active.

Here are three players he should consider trading.

The man who has been amongst trade rumours for the better part of two seasons, Sam Bennett has been given a lengthy leash with the Flames.

A former fourth overall pick, Bennett has not lived up to the hype of being Calgary’s highest draft pick in franchise history… at least offensively.

Bennett’s career highest totals came in his rookie season with 18 goals and 36 points in 77 games, failing to crack at least 30 points in a season since then.

After a few years of trying to integrate into Calgary’s top six, the 23-year-old Bennett has found a home on the Flames’ third line alongside Milan Lucic and Dillon Dube and is now more known for his agitating ability along with contributing the occasional goal.

Bennett is in the midst of his fifth year at the NHL level and presumably has reached his ceiling as a third-line winger, but could be a useful depth piece on a team looking to make a run.

Entering the trade deadline period however, Bennett is playing some of his best hockey of the season and is upping what trade value he has left.

Sam Bennett wires this one home to tie the game at 3. 🔥 pic.twitter.com/oWJ7kZwYEc

Four of his eight goals on the year have come in the past two weeks, including three in just his last two contests against Chicago and Anaheim.

If Treliving finally decided to pull the trigger on a deal involving Bennett, he would provide some cost-controlled term for whoever decided to pick him up with one more year at $2.55 million.

A deal involving just Bennett likely wouldn’t fetch Calgary more than a mid-round draft pick or a ‘B’ level prospect, but could be used as a sweetener in a larger trade.

It’s been a trying year on a number of fronts for Flames blueliner TJ Brodie, who has been thrust into the role of guiding the back end with captain Mark Giordano out of the lineup due to injury.

Brodie is on pace for his worst offensive season since the 2012-13 lockout with just one goal and 16 points in 54 games, a far cry from the 30 to 40 points he usually posts.

Of course, Brodie’s biggest hurdle this season has been coming back from a frightening incident at Flames practice a few months ago.

The 29-year-old veteran collapsed during practice on November 14 and began convulsing on the ice, causing him to miss two weeks of action before returning to the team.

TJ Brodie back on the ice with his teammates in Pittsburgh this morning. #Flames pic.twitter.com/1u3pmVlCka

Set to enter free agency at the conclusion of the 2019-20 season, Brodie is the highest profile expiring contract on the Flames roster and could be used as a rental at the deadline if Calgary believes he won’t re-sign.

Although his numbers haven’t been overly impressive this year, his ability to play the right side as a left shooting defenceman makes him a rare asset that other teams covet.

Just last summer, the Toronto Maple Leafs had a deal in place to acquire Brodie in a package involving Nazem Kadri before the latter eventually nixed the trade.

The one caveat that could be holding up a trade involving Brodie or another of Calgary’s defenceman is the team’s injury situation on the back end.

Both Giordano and Travis Hamonic are out likely past the trade deadline, while Juuso Valimaki has not yet been given a clean bill of health while the team waits for his ACL to heal.

Throughout Calgary’s up and down season there have been many players who have bared the weight of both fans and media, however the unequivocal whipping boy has been Mark Jankowski.

Sure, Jankowski hasn’t seen a lot of ice time this year averaging around 11 minutes per night anchoring the fourth line centre position.

All that went out the window however when Jankowski failed to register a single point in his first 27 games of the season, eventually chipping in with an assist on December 9 against Colorado.

The former first round pick has seen his game regress to a borderline replacement player for Calgary, dropping from 32 points last season to just seven points in 47 games in 2019-20.

Like Bennett, Jankowski hasn’t lived up to his first round potential and his clock is ticking even more with the Flames centreman as he’s set to turn 26 years old before the puck drops next fall.

A fresh start could reignite Jankowski’s potential as a contributing depth player, while he’s proven he can occasionally score with five of his goals coming over the past month.

News of Derek Ryan being placed on injured reserve could see Treliving decide to hold onto the big centreman, but whether or not he gets moved ultimately won’t make or break Calgary’s trade deadline.

Sitting on an expiring $1.675 million contract and set to become an RFA at the end of the season, Jankowski would be a cheap re-signing to whichever team the Flames would conceivably partner with.