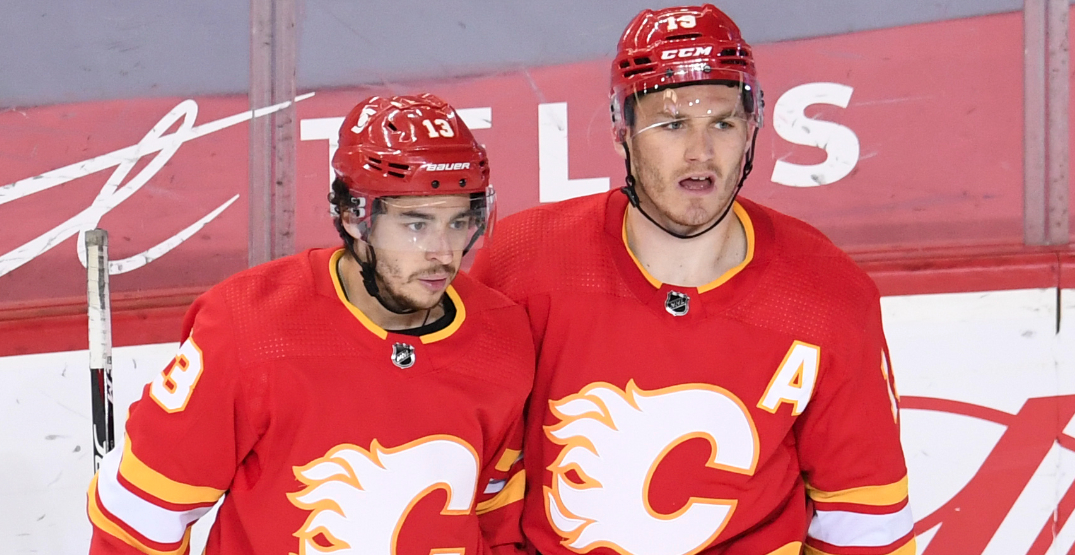 All eyes are on Matthew Tkachuk. And rightfully so.

After Calgary Flames franchise face Johnny Gaudreau opted for less cash to jump to the Columbus Blue Jackets via free agency last week, Tkachuk, a restricted free agent who could accept his qualifying offer and walk away next summer, immediately becomes a focal point in the team’s plan of attack moving forward.

Because losing a star player for nothing, as they did Gaudreau, can’t be the solution in back-to-back summers.

Tkachuk, who didn’t opt for salary arbitration on Sunday, isn’t exactly a consolation prize, either.

Only seven players in the league, including Gaudreau, were more productive than Tkachuk’s 104 points (42 goals, 62 assists). Only eight skaters bulged the twine more than Tkachuk’s 42 snipes. Only two, linemates Gaudreau and Elias Lindholm, posted a better plus/minus mark than his +57.

Clearly, the importance is there.

A long-term deal for Tkachuk is the best option for Calgary, especially after seeing a homegrown star leave in a bit of a head-scratcher for Ohio. Tkachuk, like Gaudreau, was drafted and developed within the organization. Each has strong marketability. Each commands a presence on the ice.

An eight-year term for Tkachuk, who terms 25 in December, gives the franchise plenty of stability and even a potential captain. It’s a route brother Brady took in re-upping with the Ottawa Senators for eight seasons. He won’t come cheap, but Calgary suddenly has roughly $10.5 million freed up from the Gaudreau negotiation.

There are two schools of thought as it pertains to Tkachuk’s future in Calgary.

He sees his linemate leaving for Columbus and the window of opportunity for the Flames to be competitive dwindling, and as a result, he’ll jump ship. There’s little questioning the competition and desire to win in the Scottsdale, Arizona, product after all.

He sees Gaudreau leaving and the opportunity to move to centre stage, being the go-to name with the blessing, and curse, of hoisting the franchise on his back and fully making it his team. And, with a bit of newfound cap flexibility (to a degree) he can help dictate the tone and tenor of what the Calgary club needs to be competitive.

The leaving element is simple enough.

Tkachuk can simply take his one-year, $9 million qualifying offer and step into unrestricted free agency next summer. Chances are if he opts for this road he won’t be finishing the season out with the Flames, however.

There’s almost no option for a middle ground. From Tkachuk’s perspective, a two-, three-, or four-year deal doesn’t make sense in the prime of his career and coming off his best NHL season to date. On the flipside, a shorter term that again gives Tkachuk an opportunity to be a free agent sooner rather than later isn’t attractive, either.

Sign Tkachuk in short order, or flip him for assets and spend the season retooling.

It heightens the return, gives maximum roster and cap flexibility, and doesn’t let a situation drag into the 11th hour resulting in heartbreak for a fanbase and an empty return for the on-ice product.