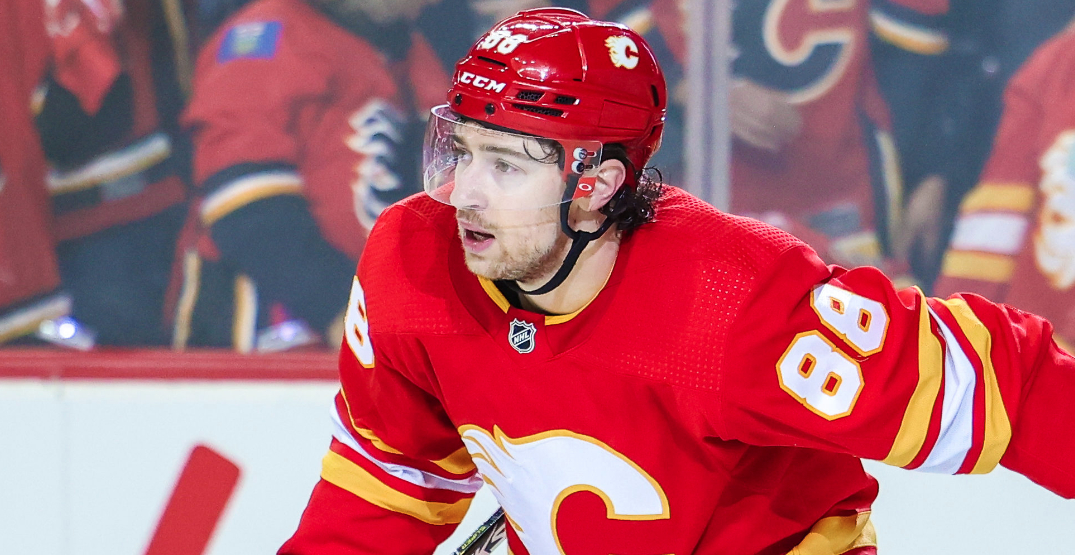 Two members of the Calgary Flames are expected to opt for arbitration.

Forward Andrew Mangiapane and defenceman Oliver Kylington, who each enjoyed career years in 2021-22 with the Flames, are believed to file for arbitration according to PuckPedia.

The Flames have four players eligible for arbitration, including Mangiapane, Kylington, Matthew Tkachuk, and Matthew Phillips. Phillips and Tkachuk are not expected to file.

The deadline to file is 3 p.m. MT. Filing for arbitration still allows each to sign with Calgary before the hearing date.

Mangiapane was a breakout star for the Flames in 2021-22, amassing 35 goals and 55 points in 82 games for Calgary. Each was a career-high for the 26-year-old, who hadn’t eclipsed 18 goals or 32 points in his previous two seasons.

Mangiapane is coming off a two-year contract that paid him $2.425 million annually. The contract, signed October 16, 2020, came after an arbitration filing but before the hearing.

Evolving Hockey projects Mangiapane’s contract to come in at $5.835 million per season on a five-year deal.

Kylington, 25, had an NHL career-high in games played (73), goals (9), assists (33), points (47), plus/minus (34), and virtually every other statistical category. He was the surprise standout on Calgary’s back end after surprising by making the team out of training camp.

Kylington, who is coming off a one-year contract signed last August and valued at $750,000, is projected to receive a four-year deal with an annual average value of $3.27 million.

The Flames have $18.45 million in cap space remaining, according to CapFriendly, with Tkachuk, Mangiapane, Kylington, and forward Adam Ruzicka among the remaining restricted free agents to sign.