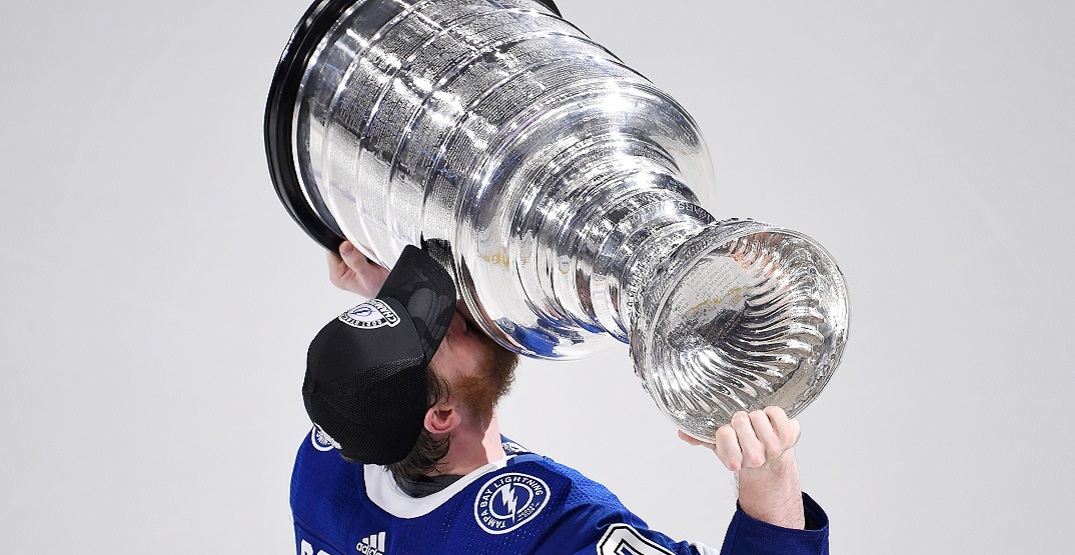 The Calgary Flames made a pair of moves on Wednesday morning, trading for defenceman Nikita Zadorov and signing forward Blake Coleman to a long-term contract in free agency.

The Flames announced the Zadorov trade for a third-round pick from Chicago themselves:

Kicking off the day with a trade!

Meanwhile, TSN and The Athletic’s Pierre LeBrun reported the terms of the Coleman deal: six years, $4.9 million annual average value, for a total of $29.4 million over the course of the contract.

Blake Coleman, six years and $4.9M AAV to Calgary. Nice raise over the $1.8M he was making

Zadorov has played 411 career games in the NHL, putting up 23 goals and adding 60 assists for 83 points in his time with the Buffalo Sabres, Colorado Avalanche and Chicago Blackhawks. The Russian defender was originally drafted in the 1st round (16th overall) by Buffalo in the 2013 NHL Entry Draft.

Before coming to the Flames, Coleman played for the New Jersey Devils, who drafted him 75th overall in 2011, and the Tampa Bay Lightning. Coleman has won the Stanley Cup in each of the last two seasons with the Lightning after being sent there before the 2020 trade deadline.

Over the course of his 301-game career, Coleman has scored 71 times while contributing 55 assists for a total of 126 points. He put up eight goals and 16 assists over 48 playoff games during his time with the Lightning.