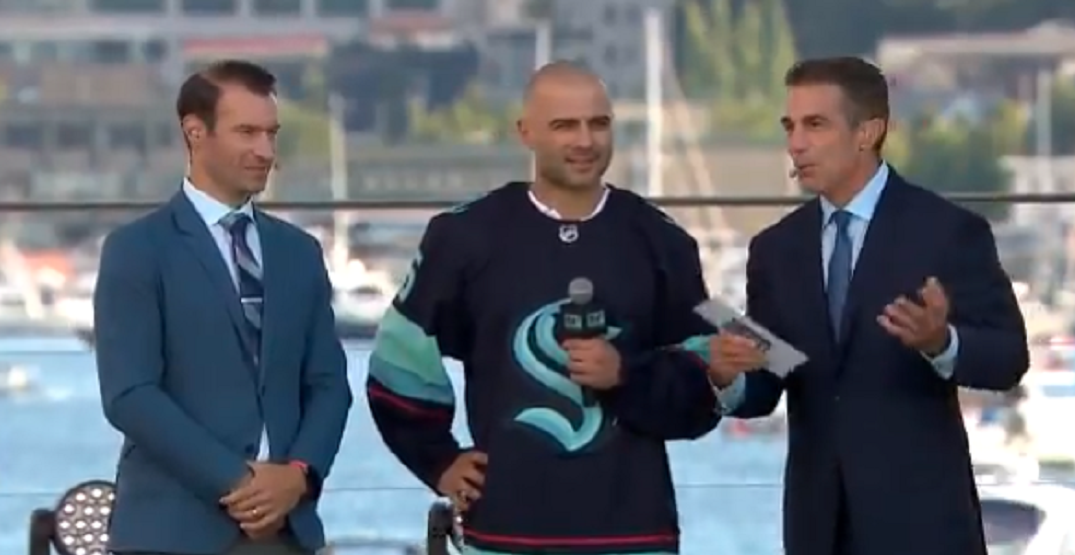 Flames fans weren’t the only ones cringing when they saw Mark Giordano in a Seattle Kraken uniform.

Calgary forward Johnny Gaudreau posted a series of photos to social media reacting to Giordano being picked up by the Kraken in the NHL expansion draft.

Johnny Gaudreau not happy about seeing Mark Giordano in a #SeaKraken jersey pic.twitter.com/919NbU4GOs

Flames forward Matthew Tkachuk shared a photo to his Instagram story of Giordano in front of the Flames’ bench, saying, “Thanks for everything, captain!” 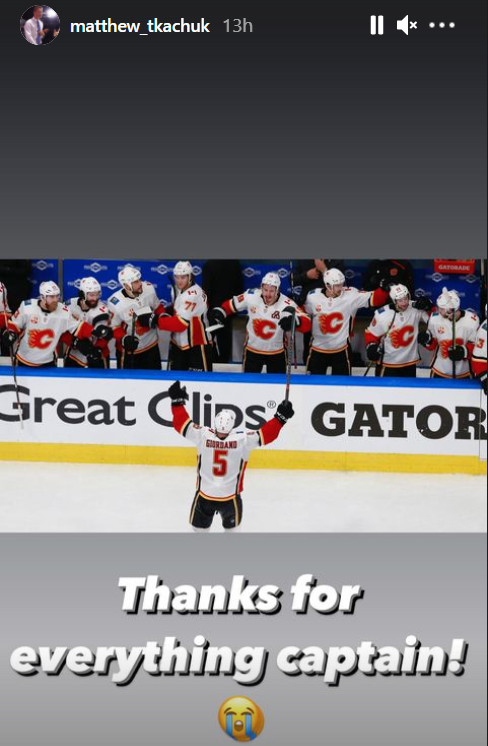 Giordano himself poked fun that he signed with the Flames as an undrafted free agent back in 2005-06.

"This is the first time in my career that I've ever been drafted, so thank you to the Kraken and I'm excited to be here!"

Thank you for all the years of hard work, dedication and community service to the Flames and the City of Calgary.

Calgary is a better place because of Mark Giordano.

Best of luck to him and his family. pic.twitter.com/aVgi76QxLO

In honour of Mark Giordano, let’s get #ThankYouGio trending on Twitter 🔥 pic.twitter.com/Yb9hF1OB3c

Amid all the Mark Giordano tributes today, this part needs to be said: He was given one of the toughest jobs in Flames history in being asked to replace Jarome Iginla as captain.

He absolutely nailed it. On the ice and off.

“He was over 17 years of unimpeachable mileage, the consummate pro,” a team release about Giordano being claimed read. “Gracious, humble and the ultimate ambassador for city and franchise. Tonight, he leaves as one of the greatest, ever, to wear the Flaming C.”

“The last 24 hours have been very difficult, very emotional,” said General Manager Brad Treliving.  “We don’t have enough time to talk about what Mark Giordano means and has meant to not only this team but to our community, his teammates, the fans, myself personally and those that have been around him.

“He’s been a tremendous leader, a tremendous person. I’ve said on countless occasions that he, to me, was the moral compass of this team for a long time,” Treliving added.