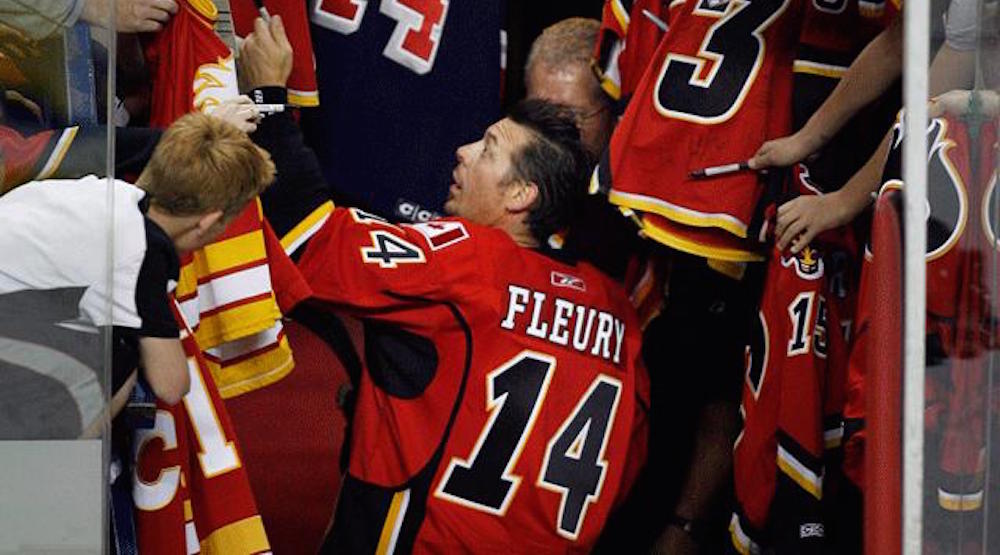 As we come out of the NHL’s All-Star break, the Calgary Flames are attempting to right the ship after a rough couple of weeks.

Naturally, the mature and constructive thing to do would be to analyze in-depth the Flames structural issues, lack of compete, and inability to create momentum swings at key times.

But, that’s not overly exciting so let’s get nostalgic and take a look at two former Flames who are still waiting patiently to have their numbers retired by the franchise, with one still not generating enough buzz.

Even though the team has been based in Calgary since 1980, just four numbers have been raised to the rafters of Scotiabank Saddledome, with only two being officially retired.

Lanny McDonald was the first Flame to have his sweater retired in 1990, less than a year after leading Calgary to the only Stanley Cup in franchise history.

Calgary’s netminder that season, Mike Vernon, also received the honour in 2007 as his #30 was raised following 526 games played with the franchise.

Two other Flames legends, Al MacInnis and Joe Nieuwendyk, have seen their jerseys honoured by the team, but #2 and #25 are still available to be worn by current Calgary players.

The next player to have his jersey retired is clearly Jarome Iginla, who remains one of the greatest active players in the NHL. 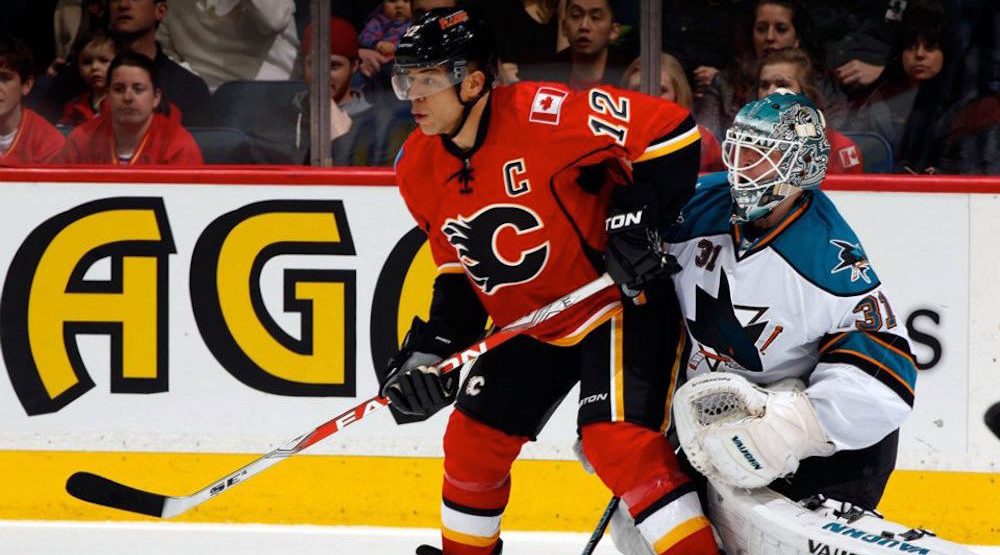 A slam-dunk to see his banner raised, Iginla holds the Flames records for games played (1,219), goals (525), and points (1,095), and is also Calgary’s best bet at another Hockey Hall of Fame inductee once his career is over.

The epitome of a leader during his 18 seasons in Calgary, Iginla is only rivalled by McDonald as the most popular player in franchise history.

Winner of the Rocket Richard Trophy, Art Ross Trophy, Lester B. Pearson Award, Mark Messier Leadership Award, Memorial Cup, six All-Star Game selections and two Olympic gold medals, Iginla is easily the most decorated Flame ever and it’s easy to see why he’ll be a possible trade target this trade deadline with his sights set on a Stanley Cup.

Although he hasn’t been stellar offensively this year with the Colorado Avalanche, only posting 12 points in 46 games, but his reputation as one of the greatest pure goal-scorers of his generation remains well in tact.

And once that familiar #12 climbs to the rafters at the ‘Dome, the focus should then flip to a previous star that passed the Flames’ torch to Iginla.

Joining the Flames midway through the 1988-89 season, Fleury made an immediate impact as a rookie by scoring 34 points in 36 games and added another 11 during the post-season.

Oh yeah, and he was a Stanley Cup champion that season too.

Fleury endeared himself to Flames fans throughout his career due to his small stature (5-foot-6), and his hard-nosed style of game. He put up better than a point per game during his Flames career, scoring 830 points (364-466-830) in 791 games. Only Iginla has more goals and points in a Flames jersey than Fleury.

His offensive numbers are spectacular, but some forget about the physical edge he provided. Fleury ranks 61st all-time in the NHL in points and 63rd in penalty minutes. Mark Messier and Brendan Shanahan are the only players in NHL history that have put up more points and more penalty minutes during their careers.

Traded from the organization in 1999 to Colorado, Fleury left the Flames leading many statistical categories such as games played, goals, and points, and remained the leader until Iginla beat them.

Despite this, Fleury still remains the Flames all-time leader in shorthanded goals with 28, and hat tricks with 13.

Although it isn’t shown in his career statistics, the road that Fleury has had to travel would make a jersey retirement even more sweet for the Manitoba native.

Fleury’s past struggles with drug and alcohol abuse due to abuse in his childhood and teenage years have been well documented, as has his role as an advocate for mental health and sexual assault survivors.

As tweets rolled in across the country for Bell Let’s Talk Day recently, Fleury was among the voices sharing their stories and helping to raise awareness.

Mental health is a life and death situation. It's should never be ridiculed or questioned only listened to. #bellletstalk

Still keeping a strong connection to the Calgary community, the fans’ love for Fleury was clearly shown during his comeback attempt with the team in 2009.

The Flames have been very selective with their jersey retirements, which should be commended, as only the best of the best deserved to be honoured in such a way.

But when factoring in playing statistics, championships and role in the community, Fleury has all these requirements in spades.

No Flame has worn #14 since he left the organization, and Theo Fleury is the next logical choice to have his number officially retired.