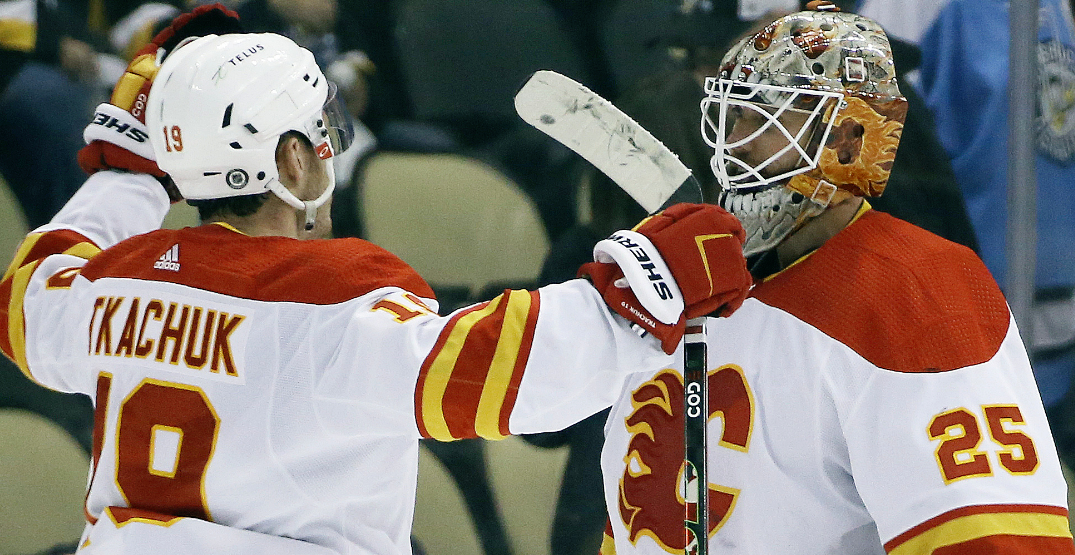 And the Calgary Flames are humming to that tune.

With a 5-0 blanking of the Buffalo Sabres on Thursday, the Flames became the first team in modern NHL history — since 1943 — with six shutouts through the team’s first 17 games.

“Obviously both of our goalies are really good goalies in this league. It’s easy when they’re back there making the big stops. I think we’re doing a good job of boxing out and having all five guys back in the house, just playing defence-first.”

Markstrom already has a personal NHL career-high five shutouts on the season. He’s the 10th goaltender in NHL history to reach five shutouts in a season in 13 appearances or fewer, and just the fourth to do so in the modern era.

Round of applause for Jacob Markstrom on this save. Goodness! pic.twitter.com/duqsb7SGOX

Markstrom’s .942 save percentage and 1.68 goals against average is second only to Toronto Maple Leafs goaltender Jack Campbell.

Dan Vladar, Markstrom’s backup and the first goalie in Flames franchise history to start his tenure with a four-game point streak, also sports a 1.96 goals-against average and .933 save percentage — sixth and eighth respectively.

Calgary has trimmed their goals-against considerably this season. Through 17 games last season, Calgary had surrendered 47 goals, an average of 2.76.

This season, the Flames have allowed the second-fewest goals on the season with 34. Their goals-against per game, at 2.00, is also second.

“It’s not that hard to figure out,” head coach Darryl Sutter said Tuesday morning. “If you want to be a playoff team, you have to tighten up your goals-against.”

Calgary sits second in the Pacific Division, behind the conference-leading Edmonton Oilers, at 9-3-5.

They failed to qualify for the Stanley Cup Playoffs last year after finishing fifth in the North Division — four points back of the Montreal Canadiens for fourth.