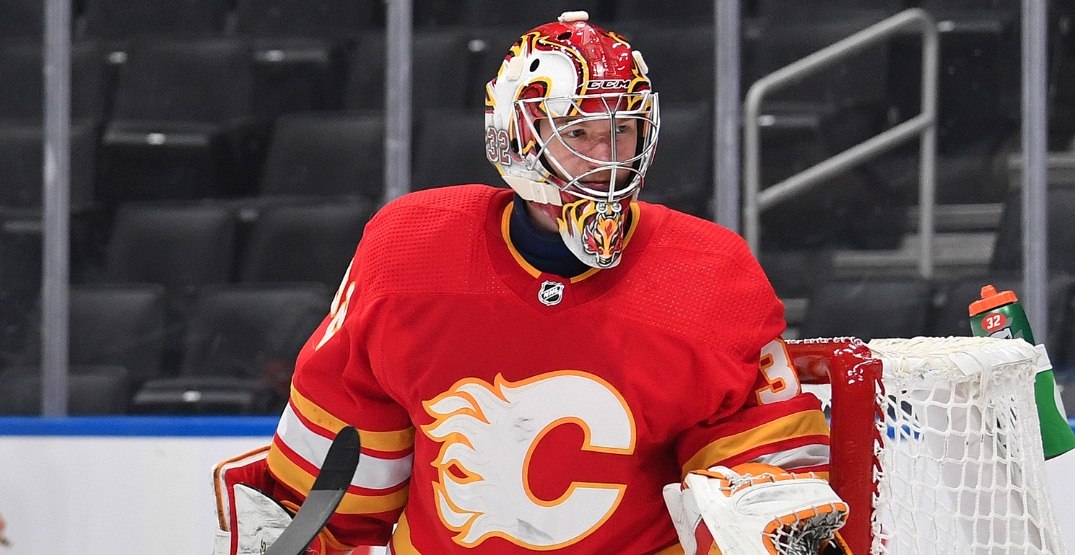 Dustin Wolf has added to his hardware haul.

The 21-year-old was selected as the 2021-22 recipient of the American Hockey League’s Aldege “Baz” Bastien Memorial Award, presented annually to the league’s most outstanding netminder.

Wolf, who was selected in the seventh round (No. 214) of the 2019 NHL Draft, finished his first pro season ranking first in the American Hockey League in wins (33), second in saves (1,341), fourth in save percentage (.924), and eighth in goals-against average (2.35). He didn’t lose in regulation in his first 17 decisions, taking until January 4 to have his first regulation setback. He allowed two goals or fewer in 32 of 47 appearances, too.

He had previously been named to the AHL All-Rookie team and the AHL First All-Star team.

Wolf’s effort helped put the Stockton Heat into first place in the Pacific Division. Overall, the Heat finished second in the AHL.

He is the 10th goalie in league history to win the award as a rookie, and the first Flames prospect to do so.