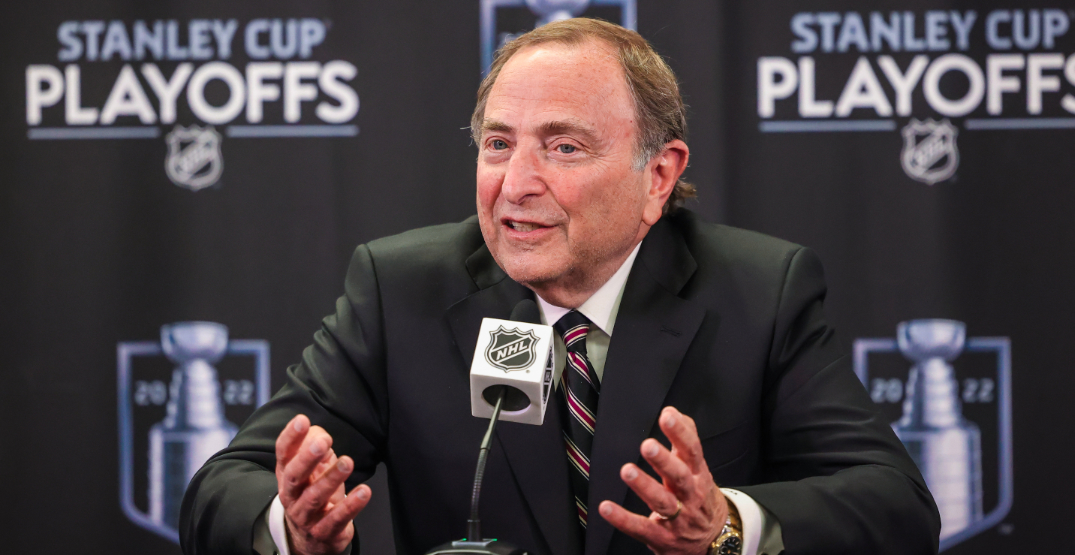 That was the message from league commissioner Gary Bettman, who stopped in Calgary to take in the Flames’ series-opening 1-0 win against the Dallas Stars on Tuesday.

“If we’re going to hold any league events here, there needs to be a new building. I don’t think that comes as a surprise to anybody,” Bettman said in the first intermission of the Flames win. “Ultimately, this building has to be replaced. I don’t think there’s any question about that.”

The Flames and the City of Calgary are at a standstill over an events centre after arena negotiations fell apart in December — scrapping the planned $650 million agreement over cost increases.

Bettman did not meet with the City on his trip, which has him visiting several NHL cities for the Stanley Cup Playoffs.

“I’m always optimistic,” he said. “Obviously there’s nothing going on right this second to report that would indicate there is going to be a solution immediately, but my hope is that everybody can figure this out.”

The Flames play in the NHL’s oldest rink.

“We have always believed that Calgary needs a new event centre,” John Bean, President and CEO of Calgary Sports and Entertainment Corporation, said in a statement in December. “However, under the current circumstances, we do not see a path forward that would create a viable partnership with the city, which is essential for a new event centre to become a reality.”

Projected costs on a new building have jumped from an initial estimate of $550 million, putting the project at a standstill.

“Obviously there’s nothing going on right this second to report that would indicate that there’s going to be a solution immediately, but my hope is that everybody can figure this out,” Bettman said.