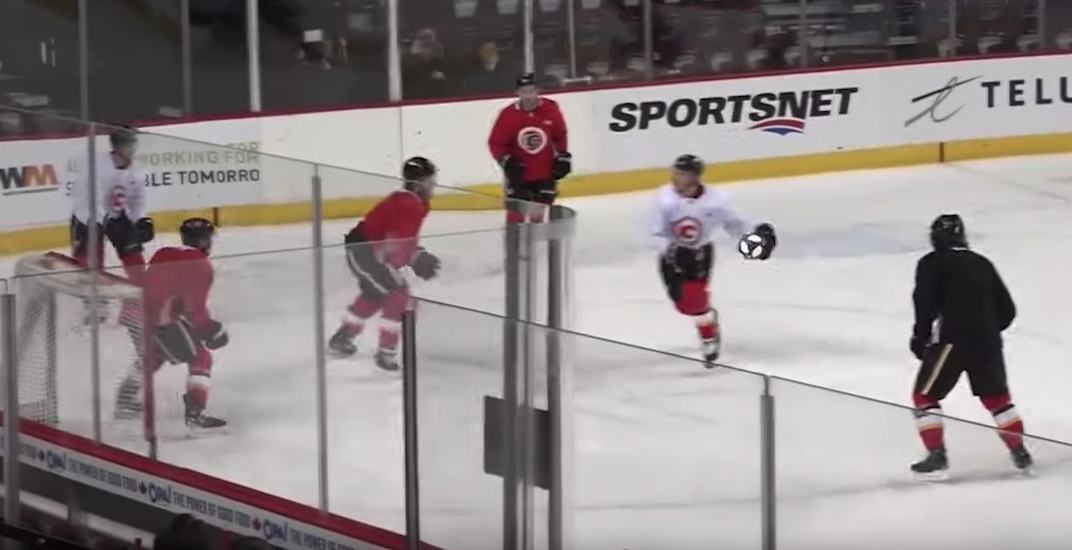 It’s a sport that needs to be seen to be believed.

It’s called “soccer-handball” and while it isn’t sweeping the nation, it just might typify the new direction of the Calgary Flames.

At the end of practice on Monday, interim Flames head coach Geoff Ward had everyone laughing by introducing the made up sport. The game is essentially soccer, but if the ball comes into the air, you’re allowed to hold it with your hands for three seconds.

It’s completely ridiculous but the players seemed to love it.

“I was surprised, I just saw Wardo coming out with a soccer ball, and I’m like what are we doing here?” said Flames defenceman Oliver Kylington.

Ward said the game did get the players working hard and provided skill training by incorporating footwork, but the top priority was clear, it was to have fun.

“Mostly it’s a good way to make sure that the team is leaving practice feeling good about themselves,” he said.

While it’s hard to find a correlation between soccer-handball and winning hockey games, maybe it shouldn’t be. There’s a different vibe around the Flames since their surprise coaching change.

The Flames have been a different team under Ward, winning seven of eight games since he took over from Bill Peters. They’re having fun, which wasn’t something you could say during their six-game winless streak one month ago.