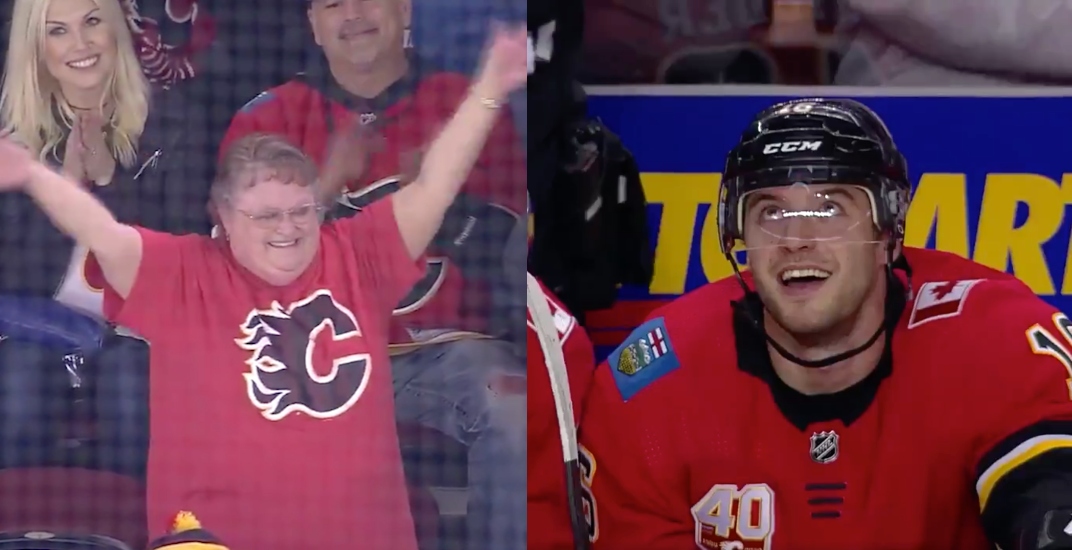 But a Flames fan by the name of Cindy drove home just a bit happier.

Tobias Rieder’s second-period goal was scored during the Flames’ “Minute to Win It” promotion, winning a 2019 Chevrolet Malibu for Cindy.

Her name is Cindy and she just won a 2019 Chevrolet Malibu. Tobias Rieder is now her favourite Flames player. Very cool.

Cindy’s window to win occurred for 60 seconds after a TV timeout in the second period. As if that wasn’t improbable enough, the entirety of her minute window would occur shorthanded, thanks to a Johnny Gaudreau hooking penalty.

No matter for Rieder, who scored on a shorthanded breakaway.

Lucky #Flames fan Cindy, left, meets with Tobias Rieder, who scored a second-period goal to win her a new car as part of @ShaganappiGm's Minute To Win It contest.