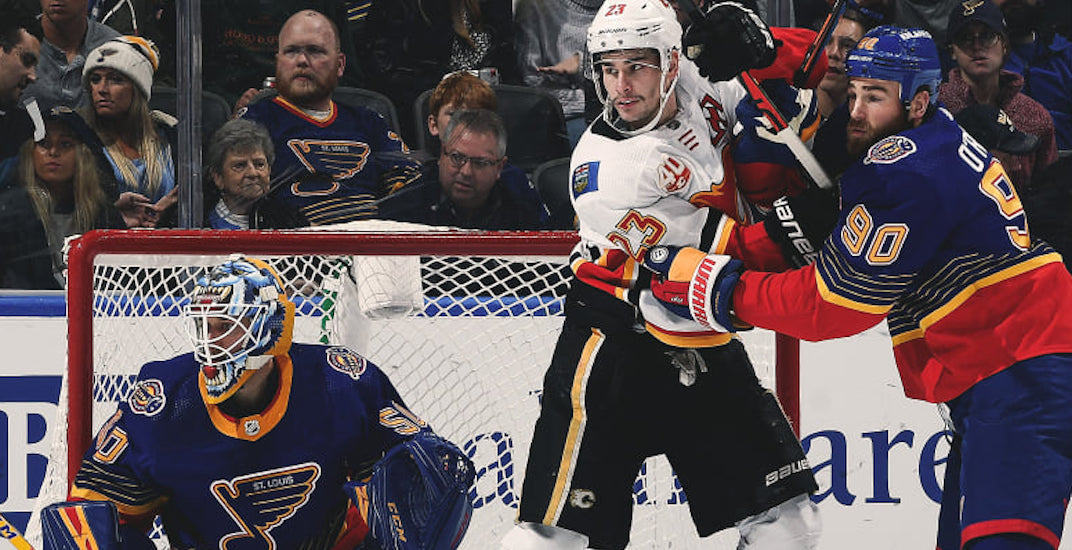 These are not good times for the Calgary Flames.

Losers of six games in a row, the team has slipped out of a playoff spot with a disappointing 10-12-3 record. Coming off a season where they posted the best record in the Western Conference, a lot more was expected of this Flames team through the first 25 games of the season.

Six-game losing streaks are always painful, but this one has been a bit more excruciating. The streak includes three shutout losses, including a 5-0 drubbing in St. Louis on Thursday.

The Flames also haven’t held the lead for a single second during this streak, a span of over 362 minutes, which is a new franchise record.

A specific level of futility was reached by the #Flames on Thursday night pic.twitter.com/R87K2kghCh

It’s been 15 days since the Flames last held a lead in a hockey game, which came at home during their 5-2 win over the New Jersey Devils on November 7.

Nearly every Flames player has struggled during this skid, with only Matthew Tkachuk, Sean Monahan, and Andrew Mangiapane scoring more than a single point in the last six games. The pressure has been turned up on Johnny Gaudreau, who has just one assist and is -11 during the losing streak.

Calgary will try to stop the losing on Saturday in Philadelphia — the second of their four-game road trip.