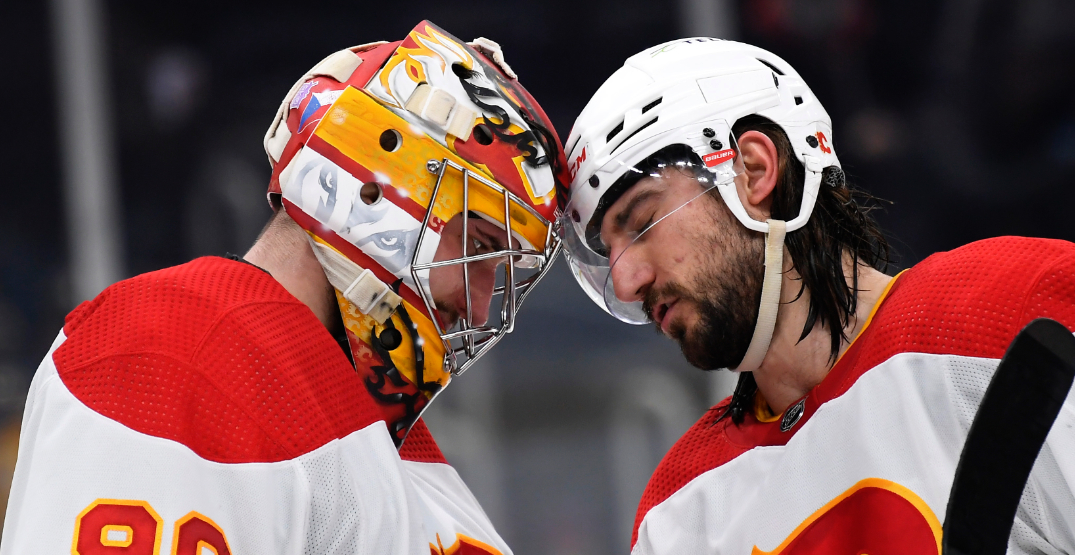 After going three days without a single negative test, the Calgary Flames have added yet another player to COVID-19 protocol.

Goaltender Dan Vladar is the 20th player to join the COVID list from the Flames in the last eight days.

And that list doesn’t include many more coaches and staff who have tested positive over the last week.

The Flames haven’t played a game since December 11. The next scheduled game for Calgary is currently December 27, at home to the Edmonton Oilers.

Nine of 10 NHL games on the schedule tonight have been postponed, as have all games previously scheduled for Wednesday and Thursday.

The Flames reopened their facility yesterday for players and staff that “remained negative with daily testing.”

The Flames have reopened their facility today for players & staff that have remained negative with daily testing. Over the next week, players & staff will be returning to the facility as allowed after completing their required isolation period as per AHS recommendations.

On Friday, the Flames team doctor said that cases among the 32 team members, who are all fully vaccinated but tested positive, have been either “asymptomatic or mildly symptomatic.”