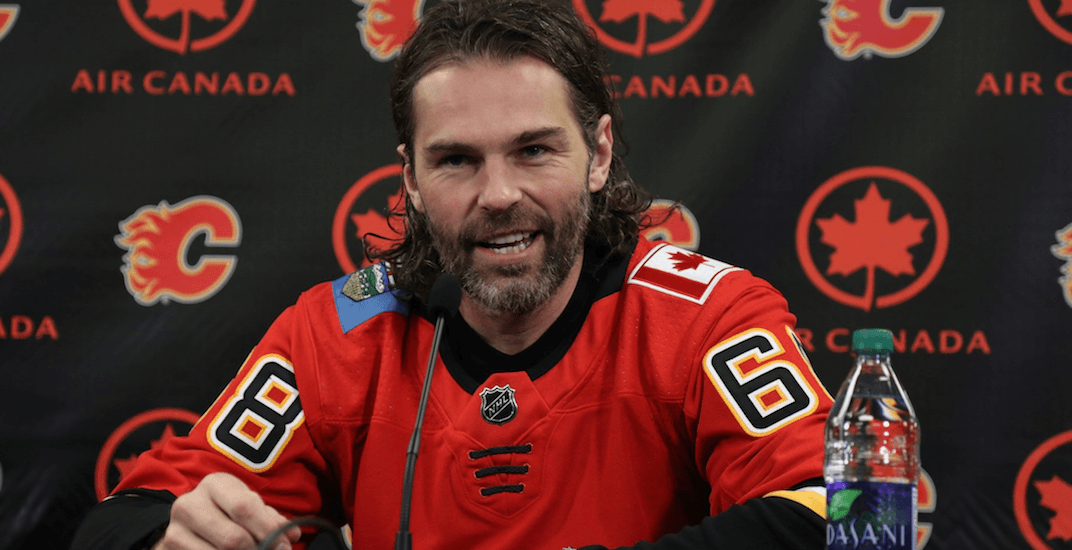 While the NHL’s elite are gathered in Tampa Bay for the NHL All-Star Game, one of the greatest hockey players of all-time is in unfamiliar territory.

Process is first to make him available to rest of NHL. If he clears, intention is to put him on unconditional waivers for mutual termination of contract, freeing him to play in Europe.

The other 30 NHL teams have until 10 am MT (noon ET) to claim him. If Jagr goes unclaimed as most expect, he could have his contract mutually terminated to allow for a move to a team in Europe for the remainder of the season. He could also be reassigned to a team in Europe by the Flames.

Most likely going to Kladno in Czech Republic https://t.co/ThdhE5BxLB

Jagr has played just 22 games with Calgary this season, scoring seven points (1-6-7). Injuries have derailed his year, as the Czech native hasn’t played a game since New Year’s Eve.

A former member of the Penguins, Capitals, Rangers, Flyers, Bruins, Stars, Devils, and Panthers, he is remarkably close to an all-time NHL record, as he sits third in games played. He’s just 23 games behind Mark Messier for second all-time, and just 31 behind Gordie Howe for first.

But if he doesn’t find a taker on waivers, he won’t catch Gordie.

Three NHL teams (Toronto, Pittsburgh, St Louis) have precisely 31 games remaining on their schedule, while every other team has between 32 and 35 games left. Jagr, who turns 46 in less than three weeks, has gone on record stating that this will be his last season of professional hockey.