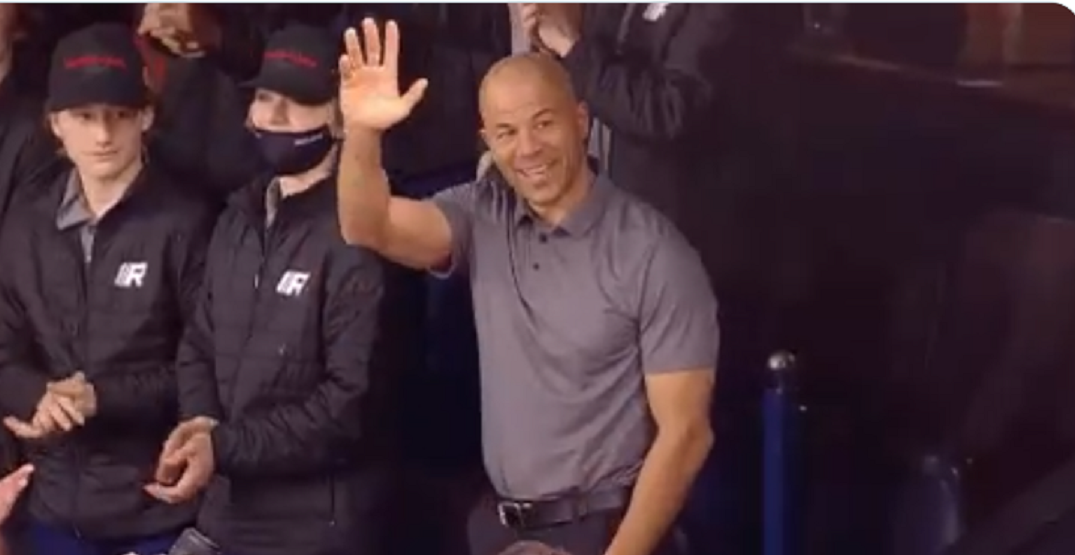 Whenever former Calgary Flames captain Jarome Iginla is in the Saddledome these days, you can just about always expect a standing ovation.

Saturday was no different, with the crowd making sure to show their love to the legend himself.

Now freshly enshrined in the Hockey Hall of Fame, Iginla received a raucous ovation during last night’s contest against the Winnipeg Jets.

With the Flames, Iginla hit 11 seasons of 30-plus goals, and totalled 625 across his NHL career that also saw stints in Boston, Pittsburgh, and Los Angeles.

Calgary is currently sitting second in the Pacific Division, with a record of 12-4-5. Their hot start has fueled rumours that they could be active in the trade market in order to beef up for a playoff run.

The Flames couldn’t pull out the win in front of their legend, however, falling 4-2 to Winnipeg on Saturday.

They’re back at it again tomorrow at home against one of Iginla’s former teams in the Pittsburgh Penguins, with puck drop set for 7 pm MT. No word yet on if Iggy will be in the house for that one.