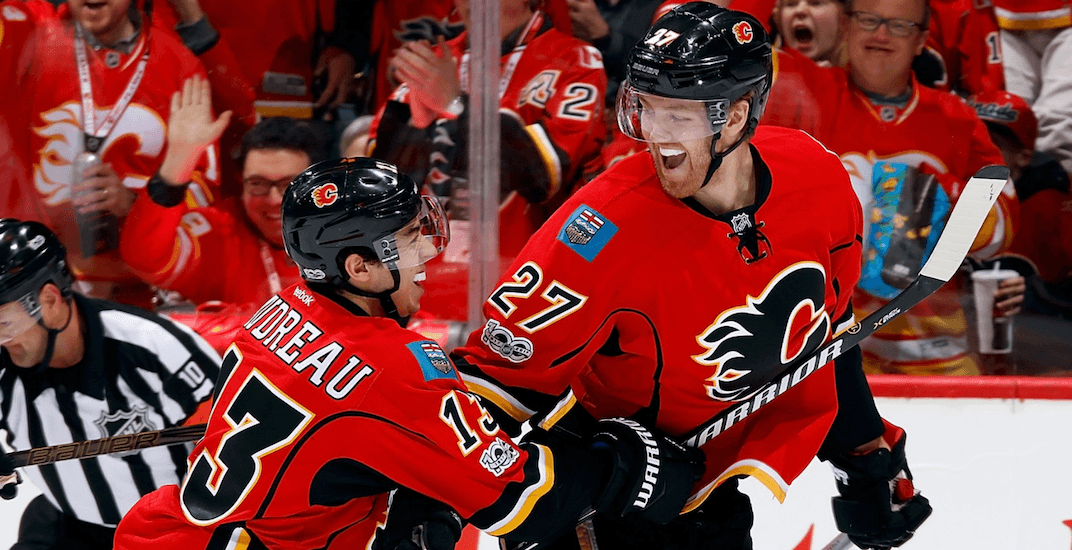 The Calgary Flames have pulled the trigger on a blockbuster five-player trade with the Carolina Hurricanes on the second day of the NHL Draft.

This is the kind of trade you don’t see often in the NHL anymore, given the amount of talent that switch teams. All five players were key members of their respective organizations.

Let’s start with the players Calgary gave up.

Ferland, 26, scored a career-high 41 points last season, though the physical forward can help his team without scoring.

Fox was a third-round pick by the Flames two years ago. The 20-year-old prospect has a bright future ahead of him, after starring at Harvard University the past two years.

In return, the Flames get a pair of recent fifth-overall draft picks.

Hanifin is a 21-year-old defenceman that scored 32 points and played in the NHL All-Star Game last season.

Lindholm, 23, was drafted one spot ahead of Sean Monahan. He’s scored at least 39 points in each of the past four seasons, including 44 points in 81 games last season.

The move is a huge shakeup for a team that needed to do something this offseason. Time will tell if they were the right moves, but getting Lindholm clearly makes Calgary better up the middle. We likely haven’t seen the best of him or Hanifin yet, though the sky’s the limit for Fox as well.