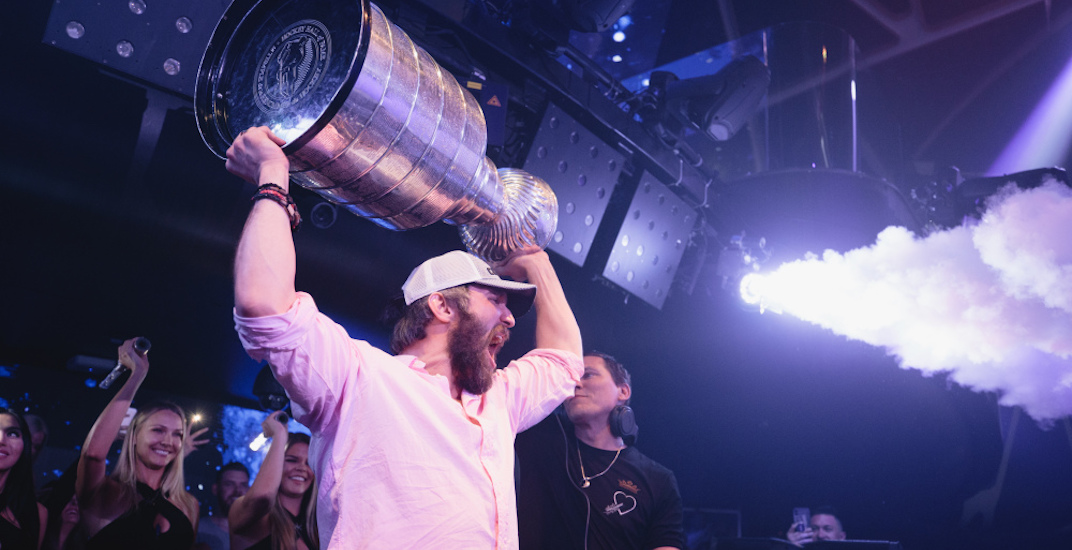 Alex Ovechkin has played more than a thousand NHL games and has scored more than 600 goals, but there was something missing from his Hall of Fame career.

Fair or unfair (it was unfair), Ovechkin has been harshly criticized over the years. They said he wasn’t a leader. They said he couldn’t deliver when it mattered most. They blamed him for the Washington Capitals’ playoff failures.

On Thursday in Las Vegas, he shut those critics up, helping the Capitals win the first Stanley Cup in the franchise’s 44-year history.

He did it by captaining his team to victory, scoring 27 points in 24 playoff games. He did it by scoring a goal in the clinching game. He did it by leading the league in goals this postseason and winning the Conn Smythe Trophy as playoff MVP.

He did it with years of blood, sweat, and tears.

So when they won? Yeah, you bet it felt good.

Alex Ovechkin hoists the #StanleyCup for the first time! pic.twitter.com/Vb2PxrFdyo

After hoisting the Cup and parading it around the ice, all that was left was to savour the moment.

Or as Ovechkin put it: “get some beers, get some whatever, and start celebrating!”

"Fans, we did it. Get some beers. Get some whatever and start celebrating. We're the Stanley Cup champions!" pic.twitter.com/0P0AOXRdmT

And he meant it.

The celebration started on the ice, and moved to the dressing room.

WE ARE THE CHAMPIONS!!! #ALLCAPS #STANLEYCUP pic.twitter.com/uBSP6XXTJO

The Caps decided to stay overnight in Vegas, for obvious reasons, rather than board a long flight back to Washington.

The official parade won’t be until Tuesday in DC, but the unofficial one began on the Vegas Strip. Players, led by Ovechkin with the Stanley Cup in hand, skipped across the street from T-Mobile Arena to the MGM Grand.

CUP TOUR!
Ovechkin and team walking through the MGM@nbcwashington pic.twitter.com/CEWFtQ07OX

They paraded the Cup into Hakkasan night club, where Tiesto, who attended the game, was playing that night.

Doing what I do…hanging out with the champions! • • • #Champions #StanelyCup #Capitals #LasVegas #MGM #Hakkasan #Tiesto #Ovechkin