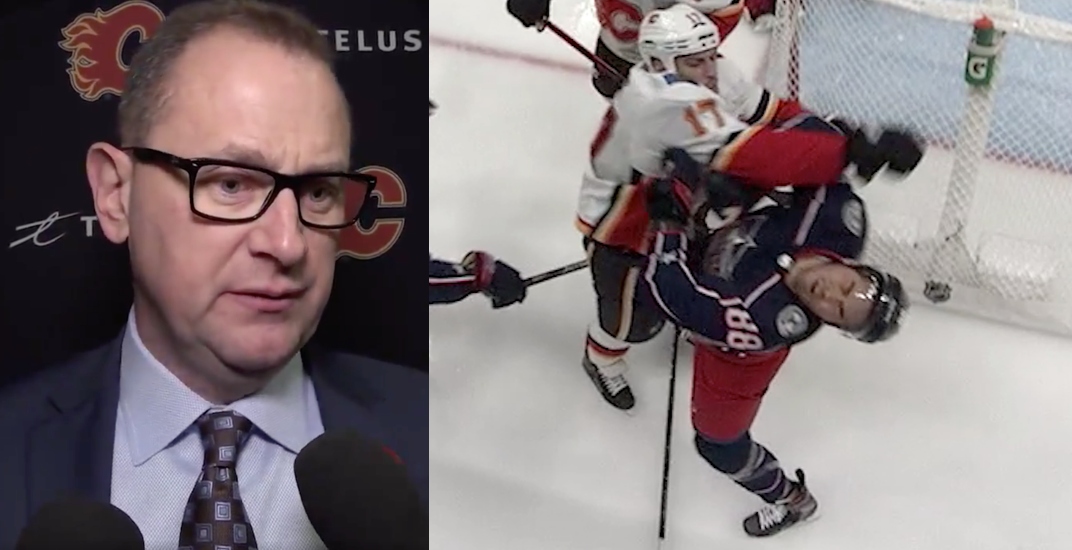 Needless to say, he wasn’t pleased.

“I’ve got the utmost respect for George Parros and the Department of Player Safety. They do a great job, but on this one, we vehemently disagree. I thought the play was handled by the on-ice officiating staff correctly,” Treliving told reporters.

Lucic delivered a gloved punch to the face of Kole Sherwood on Saturday after the Columbus Blue Jackets rookie took a poke at Flames goaltender David Rittich’s pads. Sherwood was assessed a two-minute minor penalty for slashing on the play, while Lucic was given a double minor for roughing.

“I saw a player who poked, jabbed, whacked, speared — whatever you want to call it — the goaltender,” Treliving added. “I think 31 teams around the league, if you do that to anybody there’s going to be a reaction. They scrum, they engage, but I don’t think it falls to the level where Milan’s sitting out the next two games.

“We support our player a hundred percent. We want our players to support each other, back each other up. We felt that that’s what Milan was doing in this case.”

Treliving said that Parros indicated that Lucic’s history came into play for the suspension. A 13-year NHL veteran, Lucic has been suspended and fined in the past.

The Flames lost their first game without Lucic on Sunday, 4-2 to the Washington Capitals. Calgary will be without their hulking winger for Tuesday’s game against the Arizona Coyotes — the first of four straight games at the Scotiabank Saddledome.