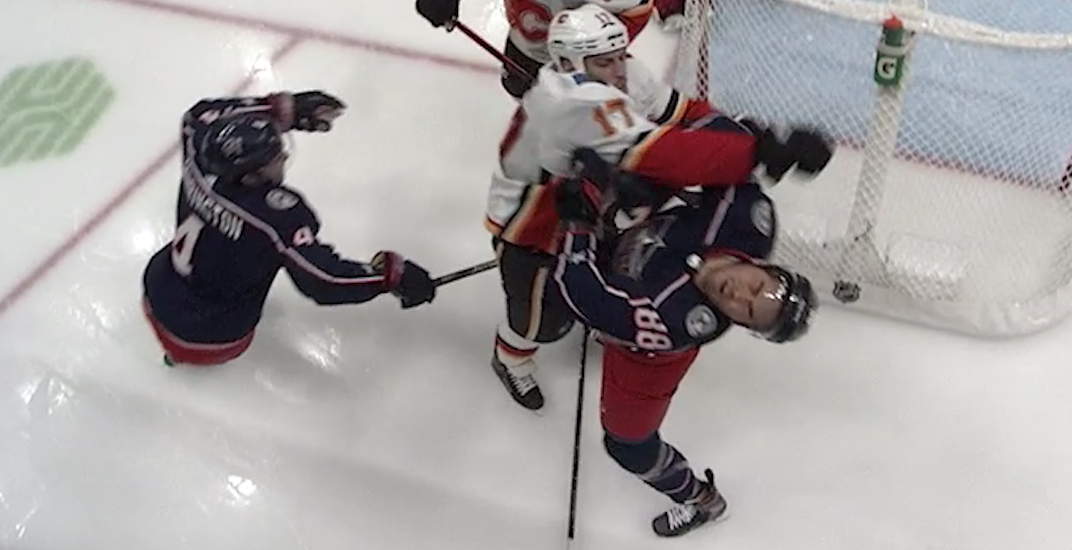 The National Hockey League has slapped Milan Lucic with a two-game suspension for an incident that occurred during Saturday’s game in Columbus.

The hulking Flames forward delivered a sucker punch to Blue Jackets rookie Kole Sherwood late in the second period. Lucic was reacting to Sherwood poking at the pads of David Rittich after he had already covered the puck.

So Lucic punched him in the face:

Lucic was assessed a double minor for roughing on the play, but the Flames went on to win the game 3-0. Calgary will be without Lucic for tonight’s game in Washington, as well as Tuesday’s home game against the Arizona Coyotes.

The suspension will also cost Lucic in the pocket book, as he’ll forfeit $64,516.12 in lost wages.