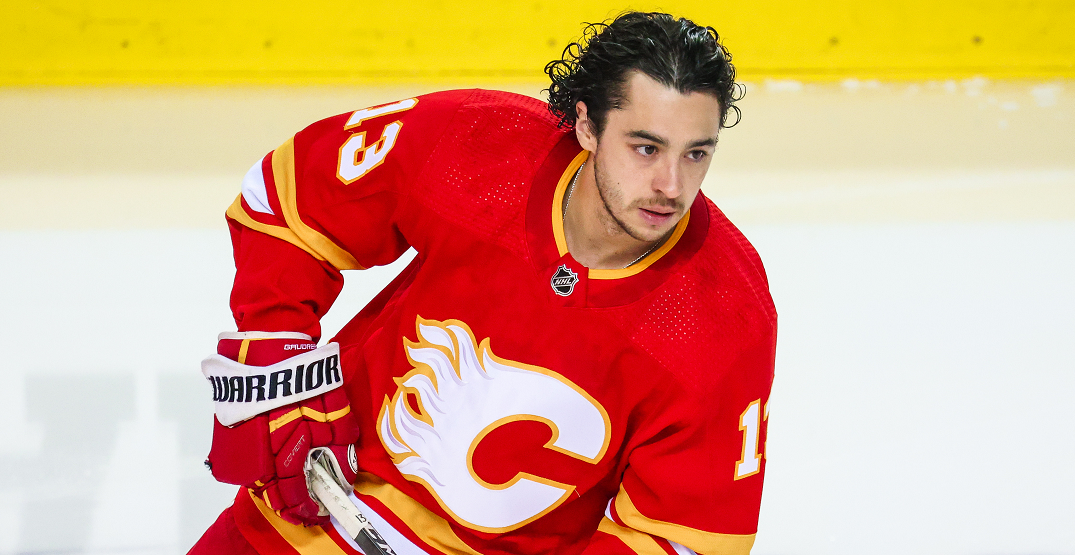 Johnny Gaudreau seems to be confident that the Calgary Flames can turn it around and win their first round playoff series.

But he doesn’t think anyone else has been believing in his team.

“I think we’ve been underdogs all year,” Gaudreau told reporters at the Flames’ availability earlier today. “No one expected us to be where we’re at right now. So just keep that same mindset we’ve had all year and I think we’ll be fine.”

Sure, the Flames were coming off a disappointing season where they missed the playoffs in the All-Canadian North Division and finished with 55 points in 56 games.

But finishing the regular season with 111 points to top the Pacific Division, this year’s version of the Flames are hardly underdogs.

The Flames were actually picked by all 19 Sportsnet Insiders to take the opening series against the Dallas Stars, who finished 13 points behind Calgary in the standings. It’s not a full sample size of everyone, but it’s clear there’s been a strong media push behind the team.

Maybe it was a misquote, where Gaudreau really meant nobody believed in them from the start of the year. But whether they’re underdogs, favourites, or something in between, one thing is clear: the Flames better pick up the slack if they’re hoping to come back from the 2-1 deficit they’re currently facing in their series against Dallas.

Postmedia reporter Wes Gilberton shared the quote from Gaudreau about the Flames on Twitter, and was duly hit with a vaunted ratio by confused fans.

#Flames star Johnny Gaudreau: “I think we were kind of underdogs all year. Nobody expected us to be where we’re at right now. So just keep that same mindset like we’ve had all year and I think we’ll be fine.”

Not underdogs, it’s called underperforming at the time it matters most. #OneStateOneTeam https://t.co/ohZja13C6V

I'm so tired of hockey players using the same scripts for everything, because this absolutely was not the truth. People have been talking about their success this whole season. https://t.co/4SpJtCBC0q

my brother in christ you won the division https://t.co/2vCMeN8dvW

Hey everyone, the team that finished with the 3rd most points in the West and ran away with the Pacific division are the underdogs https://t.co/EAVfHYosEZ

Another fan seemed to take an issue with the “we’ll be fine” segment of the quote, pointing out the Flames have scored just three goals across three games so far.

You’ll be fine? What in these 3 games make you think things will be fine? The 3 goals your team has scored? The way Dallas has dictated the play on both sides of the puck? No sense of urgency, no willingness to adjust to the way Dallas is shutting down the middle of the ice. https://t.co/mbyyPZsZ4T

Gaudreau himself has two assists but has yet to score in the series after potting 40 goals and 75 assists in the regular season.

TSN’s Farhan Lalji also offered up his take on the quote:

I love how athletes manufacture this non-sense. The flames have been outstanding all season. Their point totals aren’t the figment of anyones imagination. #Underdogs