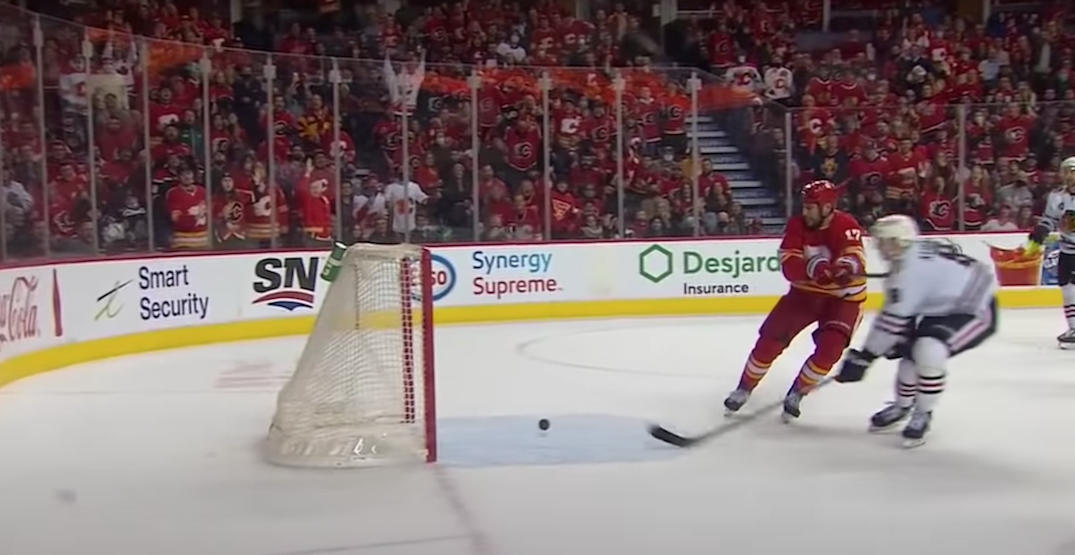 Trevor Lewis’ dribbler from the other side of centre ice was going to make it across the goal line to close out a win against the Chicago Blackhawks on Tuesday night.

Milan Lucic made sure the empty-netter did just that.

As the Lewis wobbler inched its way closer and closer, Lucic — with every opportunity to tap it over the line himself — instead shielded Blackhawks backchecker Dominik Kubalik from getting a stick on it, preserving the goal for his teammate.

KIDS: How cool is this?

Check out Milan Lucic, a player hated on so much for his lack of numbers, deliberately let this puck go into the empty net so his teammate gets the goal.

This is what being a teammate is all about. pic.twitter.com/mkZM8otGnF

The goal would’ve been Lucic’s second of the game and sixth in 20 games — putting him on a 25-goal pace over 82 games. Instead, it held up as Lewis’ second in Flames silks, officially as an unassisted goal.

And Flames fans were all about the gesture.

Loved the classy part of Lucic not stealing Lewis Goal

Remember when Oilers fans thought having Lucic on their team was bad? Lol

The move wasn’t lost on coach Darryl Sutter, either.

“Darn rights,” Sutter said. “It doesn’t bother them who scores or who doesn’t. It’s about winning. It just tells you about those guys that have won championships, too.”

As for Lewis’ reaction?

“He told me I should have put it in,” Lucic laughed.