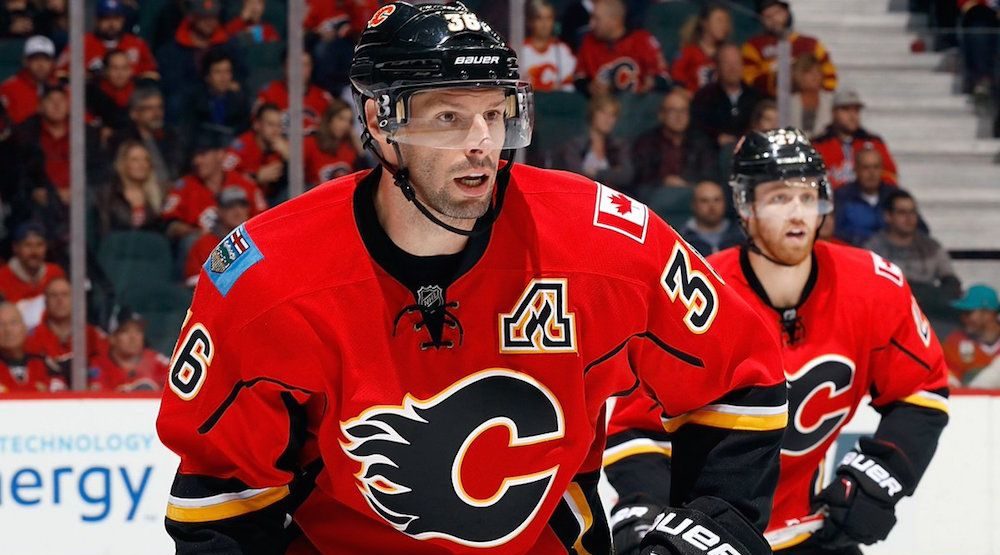 There’s really no limit to how crazy passionate hockey fans can get about their favourite teams.

Tattoos, multiple jerseys, naming your child after your favourite player – there’s no end to it.

This, however, is something that we’ve never seen before.

A Calgary Flames fan took his intensity to the next level by starting a GoFundMe page.

The end goal? To buy out the contract of Calgary Flames forward Troy Brouwer.

Hey everyone, I started a fundraising campaign for Help The Flames Buyout Troy Brouwer. Please tap to donate- https://t.co/OfFBalxx5s

Expectedly, his GoFundMe was met with tons of criticism from fans all over the internet. It also attracted the attention of the NHL player himself, who was quick to chirp Tylor back.

If your going to do that at least have the balls to tag me in it.

To make matters worse, a number of faithful fans jumped into the conversation to defend Brouwer.

Right on Troy. Everybody’s better at everything than the pro. You earn and earned your money, no one forced anyone into signing on the dotted line. Let’s encourage these weasels to get on the ice with you and if they are standing after a few 1-2 minute shifts, you contribute $100

Come back to the @StLouisBlues! We lost a big part of our identity when you and @dbackes42 left.

The icing on the cake though, was when Brouwer received an invitation to take the Twitter troll on in a beer league hockey game.

And in case you were wondering, no, those aren’t good stats.

The fan would have had to raise $6 million to buy out the contract – two-thirds of Brouwer’s total remaining salary.

The GoFundMe managed to raise a whopping total of $18 before being shut down, so it’s safe to say that the goal was far from being met.